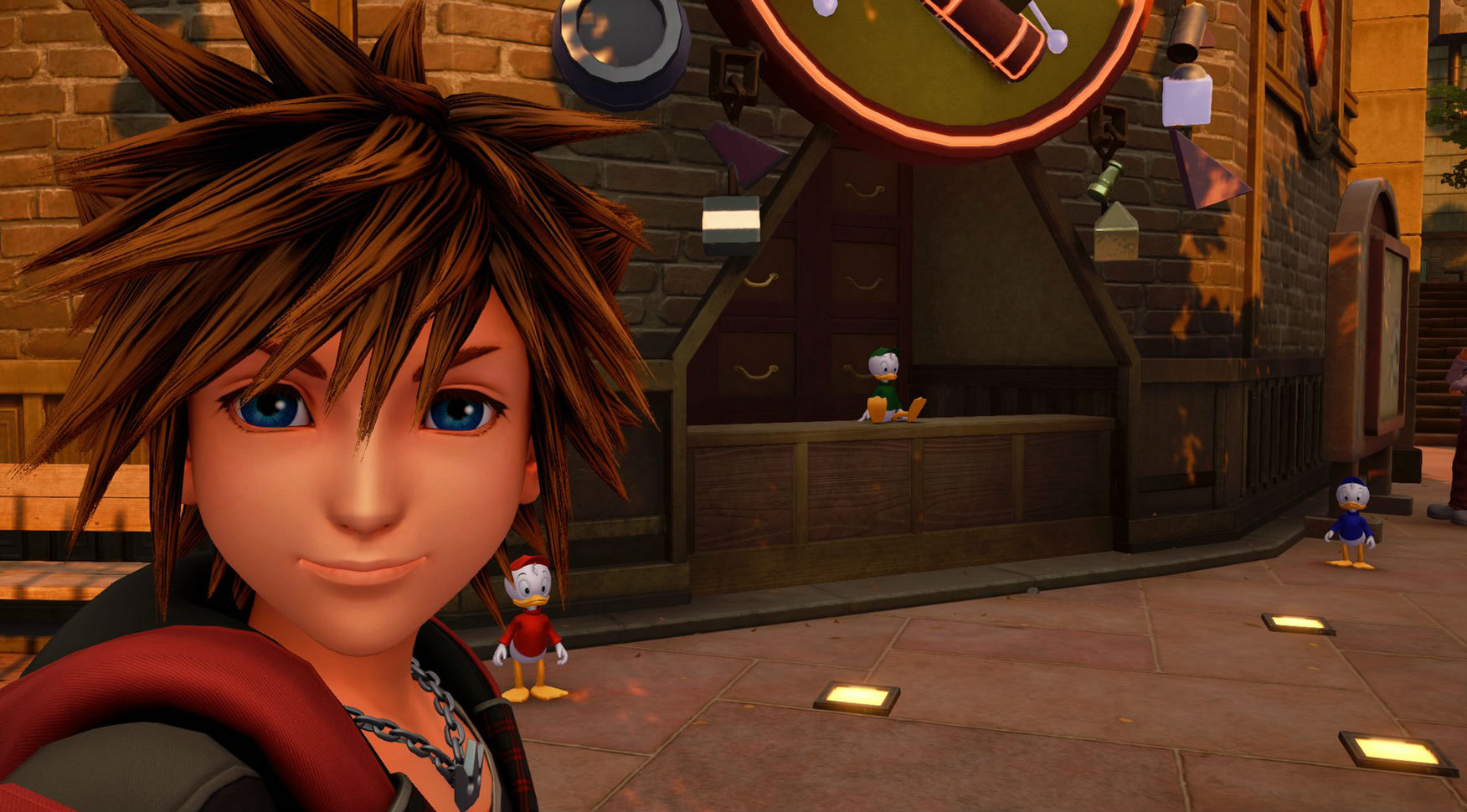 The Kingdom Hearts III Ultimania book just came out in Japan, and in true “ultimate companion” fashion there’s a pretty big interview with the boss of the series, Tetsuya Nomura. While bits and pieces have been circulating for a bit KH13 has the full translation and it’s definitely worth reading if you’re into the series.

Through the talk we learn a few bits about Nomura’s process, like the fact that he immediately began work on Kingdom Hearts III after completing the second one (sometime around 2005) on a conceptual basis, with full development beginning “much later.” He also muses on the fact that the Osaka team mainly handled Kingdom Hearts III after working on spinoffs and re-releases, sharing how far they’ve come. Oh, and the cat next to Ventus on the cover art (look in the bottom middle)? That’s actually modeled after Nomura’s cat.

Evidently Toy Story was the first world they worked on and the idea behind mecha-combat was a Nomura original, and that without Pixar, Nomura isn’t sure he would have been able to finish Kingdom Hearts 3 given his passion for the studio’s works: he even wrote the narrative outline for the Toy Box world before the rights were approved.

Speaking of rights, things are still a complete mess on that front. When asked why there wasn’t Marvel and Lucasfilm (Star Wars) representation Nomura breaks it down plainly. As a public Marvel fan you know he’s dying to give it a shot, but he breaks down the issue, noting “contracts must be made with each company separately, and there are cases where other game companies already have contracts, so although the Disney Group has indeed added those [properties], incorporating them into KH isn’t so simple.” He clarifies that this is the reason why Mickey was only in one scene in the first Kingdom Hearts: they basically begged Disney to allow it after realizing that since “another company was releasing a game that had to do with Mickey,” they wouldn’t get full rights.

It’s amazing that Kingdom Hearts even got off the ground at all, and it also begs the question of why Nomura would break his back negotiating for some of these properties when they could put more Final Fantasy and Square Enix IPs in (something he justifies here, stating that the game had too many characters).

As for the future, Nomura is still sticking to his “Kingdom Hearts 3 DLC first” story before Kingdom Hearts 4 is even in the conversation: based on his wording he seems to confirm that it’s not being worked on right now and that “nothing has been officially decided yet.” He has “two ideas” that may have to be done at once, so he’s as cryptic as ever.