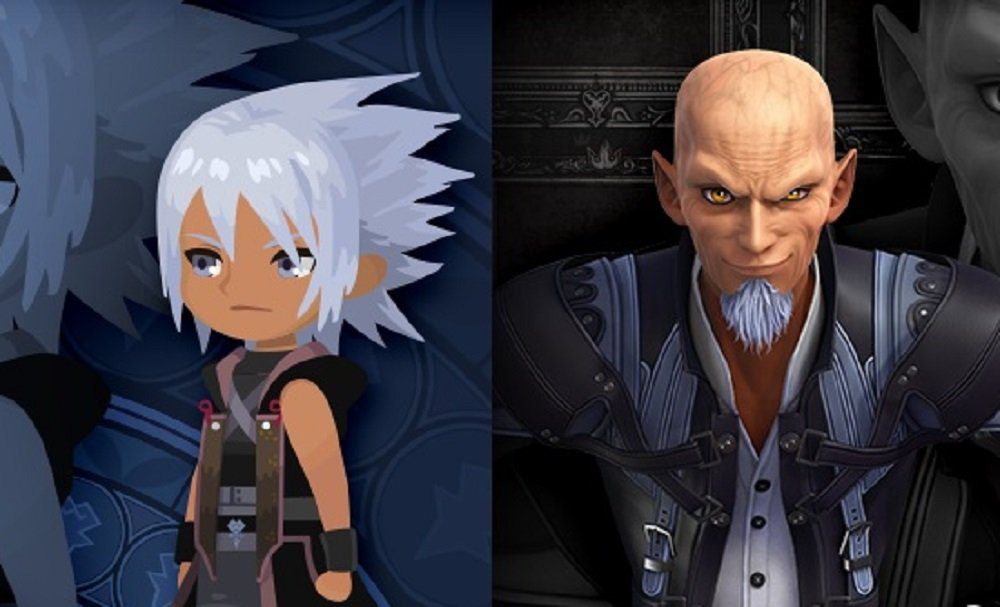 The Road to Oblivion

Square Enix has released a scant selection of screens from its upcoming mobile title Kingdom Hearts: Dark Road. The pint-sized RPG – previously known as “Project Xenahort” will launch on iOS and Android devices later this year, following an unfortunate postponement from its initial spring launch date.

The new images give us our first in-game look at protagonist Xenahort – the young man who would go on to become one of the most dastardly figures in the Kingdom Hearts universe – along with a pre-darkness Master Eraqus. As reported earlier, these characters will be joined by new cast members Hermod, Bragi, Vor, and Urd, as Dark Road recounts the events that lead these two prosperous young men to become the eventual enemies of Sora, Roxas, and co. They look so cute! What happened?!