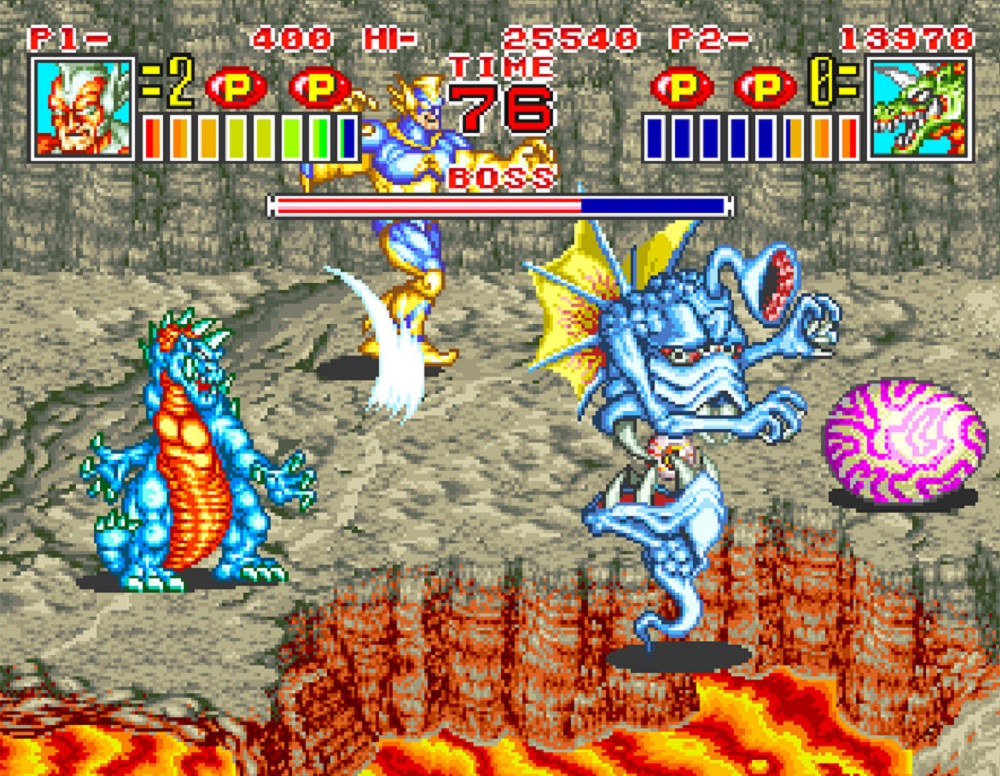 Hamster, continuing their ongoing weekly missions to return of all the classic SNK titles to modern platforms, has re-released a particularly popular game this week, as King of the Monsters 2 is now available to purchase on PS4, Xbox One and Nintendo Switch.

Released in arcades in 1992, before being ported to the Neo Geo platform and certain 16-bit consoles, the amusingly titled King of the Monsters 2: The Next Thing is essentially a pro-wrestling game with kaiju overtones. One or two players pick from a selection of big beasties – including “not Godzilla” Geon, “not Ultraman” Astro Guy and “not King Kong” robotic ape Cyber Woo.

Players can battle it out in city-wrecking rumbles against each other, or team up to take on CPU-controlled opponents. The surrounding environment can be used to violent effect, as well as a choice of strikes and over-the-top wrestling maneuvers, before finally pinning your opponent for a three-count. I wasn’t joking when I said it was a wrasslin’ game.

Although KotM 2 has a strong, nostalgic reputation, and is streaks ahead of its abysmal predecessor in terms of gameplay and aesthetics, beyond the rose-tinted specs it remains a shallow and clunky fighting title. Today KotM 2 is a fun curio, good for a few nostalgia-fueled rounds, but its appeal will wear thin quickly, especially once the cheating A.I. starts having its way with you.

King of the Monsters 2 is available now on PS4 in Japan and Xbox One and Nintendo Switch worldwide, priced at around $8