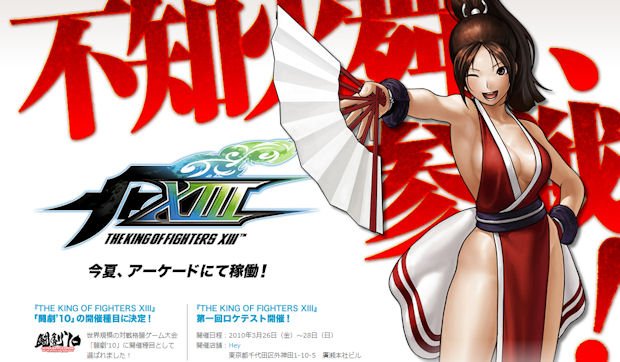 King of Fighters XII didn’t make people happy. It had a number of problems that fans were displeased with, but chief among them was the fact that Mai had been scrapped from the game. It’s like releasing Street Fighter without Ryu, or a FOX News broadcast without lies. It’s just not right. Thank Christ for KOF XIII, then.

A teaser site for King of Fighters XIII has gone live, and it features a familiar face. A face you won’t be looking at because of boobs. Yep, Mai Shiranui and her milktumors are returning to the series. For fans of nipplepillows the world over, this is certainly great news!

So, anybody looking forward to KOF XIII now?