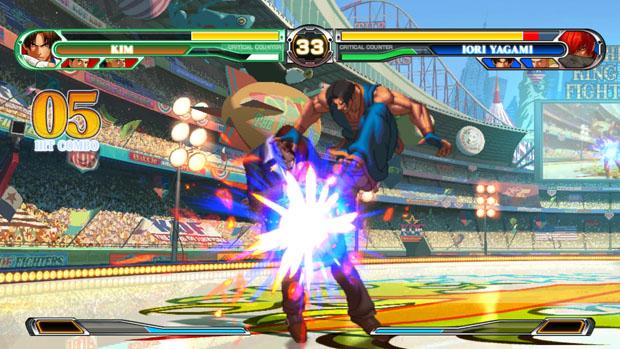 We may not have more fresh moose knuckle for you today, but these videos are still hot in a videogame-y and non-sexy way.

While pictures are nice, seeing this hand-drawn game in action is a true joy. I think that seeing it in motion has the power to draw in gamers and fighting game freaks that were never really King of Fighters fans. And of course, series fans are already salivating.

We’ve got a few new videos to tease us and hold us over until the July 7th release date on Xbox 360 and PlayStation 3. Joining some previously released characters, we’ve got combat vids on Mature, Kensou, Chin, and of course, Athena, all after the jump.

It’s a pretty good year to be a fighting game fan, isn’t it?