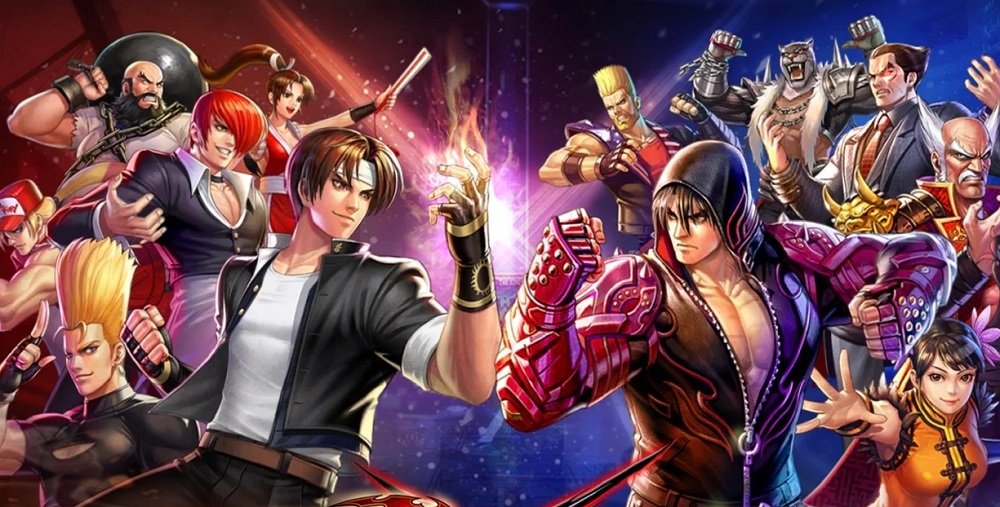 Netmarble’s mobile title The King of Fighters All-Star is now available worldwide on iOS and Android devices, and is already trying to stir up trouble with another famous fighting franchise, Namco’s Tekken, in an upcoming crossover event which will see the two brands lock horns en masse for the first time.

From now until December 17, players can login into the game and bag their choice of moody pretty boy from either Tekken‘s Jin Kazama or KoF‘s Iori Yagami ’98. From there, a selection of Tekken stars are available to collect via in-game Event Missions and the limited time Tekken Dungeon. These guests include Heihachi Mishima, Kazuya Mishima, Armor King, Ling Xiaoyu, and Paul Phoenix.

Meanwhile, on the KoF front, classic bosses Mr. Big ’96 and Geese Howard XIV will join the roster in the coming weeks, as will the ever-hungry Li Xiangfei ’99. Thanksgiving weekend will also see double gold rewards in Expert Gold Dungeon, with a 50% cut in AP expenditure in Easy/Normal/Hard Gold Dungeon.

Look, I hear ya. You watch that trailer and your thoughts turn to the idea of a legitimate mainline release featuring these two titans of the fighting game genre. Geese Howard’s appearance in Tekken 7 shows that the roster could be somewhat viable together, despite their design differences… and seeing KoF‘s stylish King taking on the piledrivin’ Armor King in that video…

Stop it, Moyse, some things just aren’t meant to be…

King of Fighters All-Star is available now on iOS and Android devices.