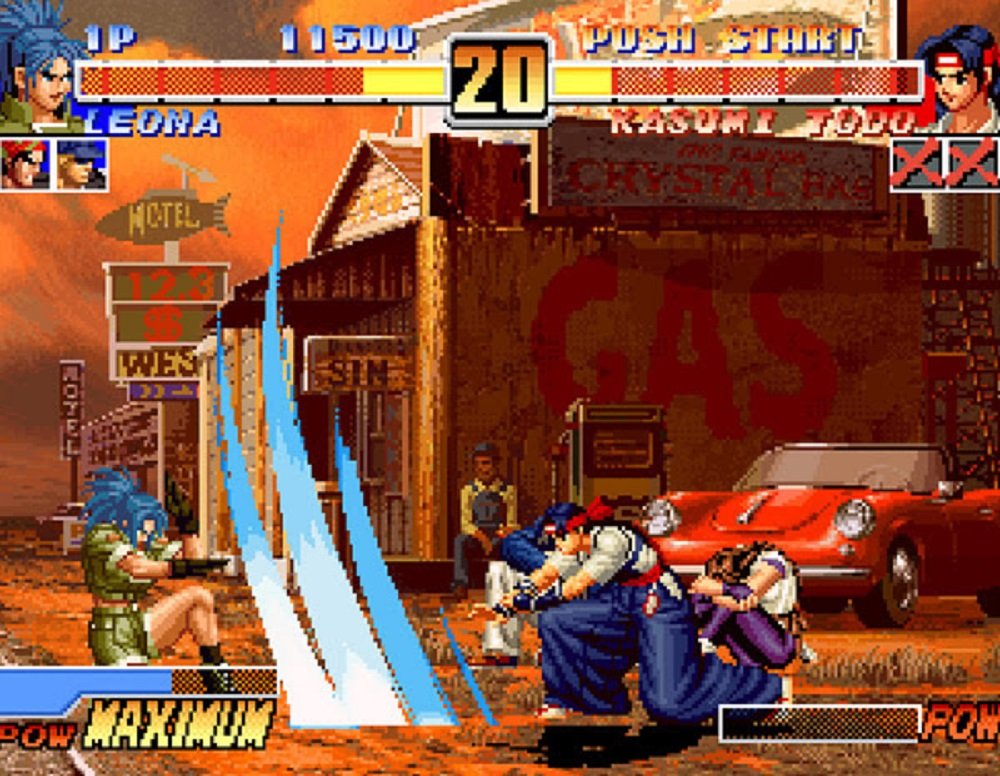 ‘Enjoy’ that Goenitz fight all over again

Although it suffers from some real balance issues, the 1996 iteration of the popular fighting franchise is the year in which the series really found its feet. It also features the sroster debut of some great characters, such as the sinister duo of Mature and Vice, Art of Fighting 3’s Kasumi Todoh and Best Girl Leona Heidern (who is OP as hell in this).

KoF ’96 was probably the arcade I put more money into than any other, as there was one situated at my college. It has great, dynamic stages, featuring awesome pixel art. The fight rewards aggression, with characters becoming more of a threat as their health lowers. I spent my formative educational years playing this instead of studying, which is how I got to where I am today.

If you kids want to ruin your own future, but have a lot of fun while doing so, then King of Fighters ’96 is available today on Nintendo Switch, priced at $8.