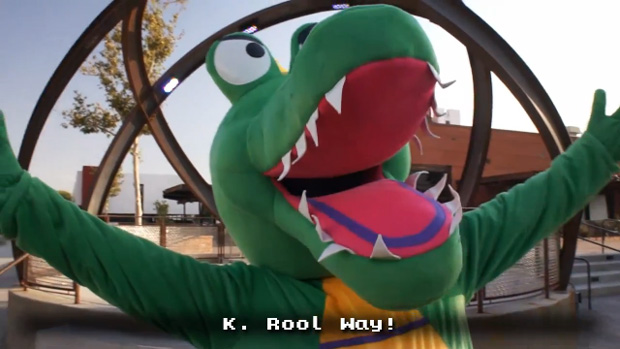 It’s 2012. This is A-MUHR-ica. And that means election time is just around the corner. I don’t want to go off on a big political spiel, but I just want to say that a certain presidential hopeful has been doing a damn good job of making himself look like a douche without any assistance from the other party.

We need a candidate who doesn’t pretend to care, he just doesn’t care period. Someone who isn’t afraid to get his hands dirty. Someone like… King K. Rool!

This musical number was brought to you by the Random Encounters campaign to get King K. Rool elected. And just as in the group’s Princess Peach video, the post-credits scene hints towards some kind of “Smash Brotherhood” initiative. Gee, I wonder what they are planning.