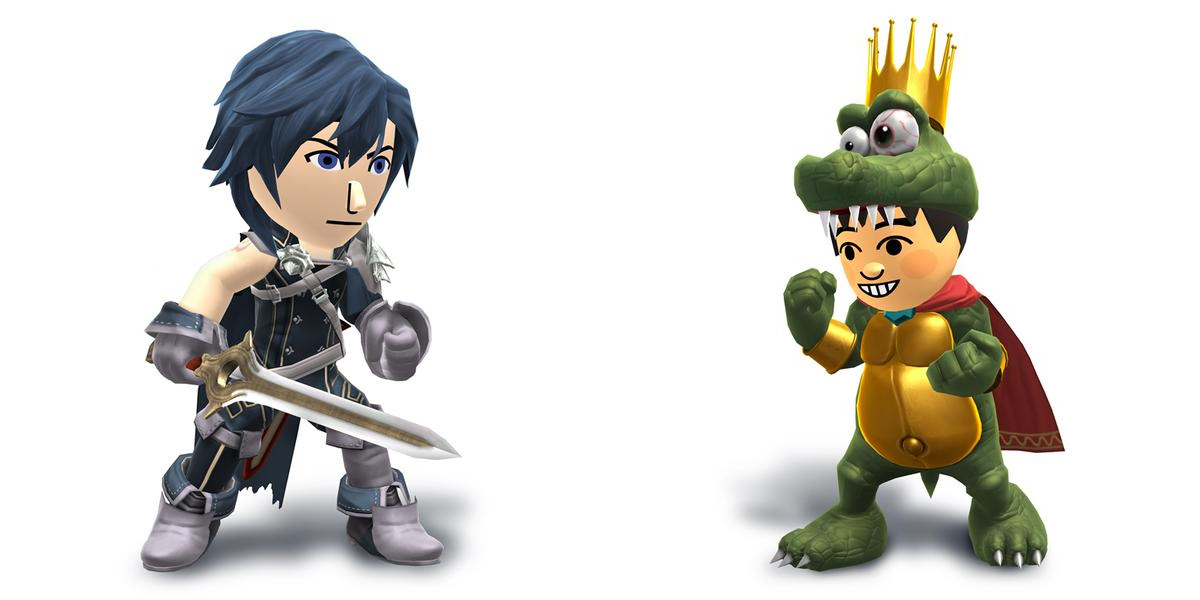 Hah. A classic villain like Donkey Kong Country‘s King K. Rool would come to Super Smash Bros. as a costume for Mii Fighter, wouldn’t he? Not like I wanted him on the roster or anything.

Nintendo is rolling out a bunch of new content for the game on Friday, July 31.

An update for the Wii U version will add that promised tournament mode and replay uploads, while Smash players on both Wii U and 3DS can download throwback stages (Peach’s Castle 64, Hyrule Castle 64) as well as costumes for Mii Fighter (Fire Emblem‘s Chrom, a red hoodie, K. Rool).

I’ve paid for all of the stages so far and will continue to do that. Gonna pass on the outfits, though.