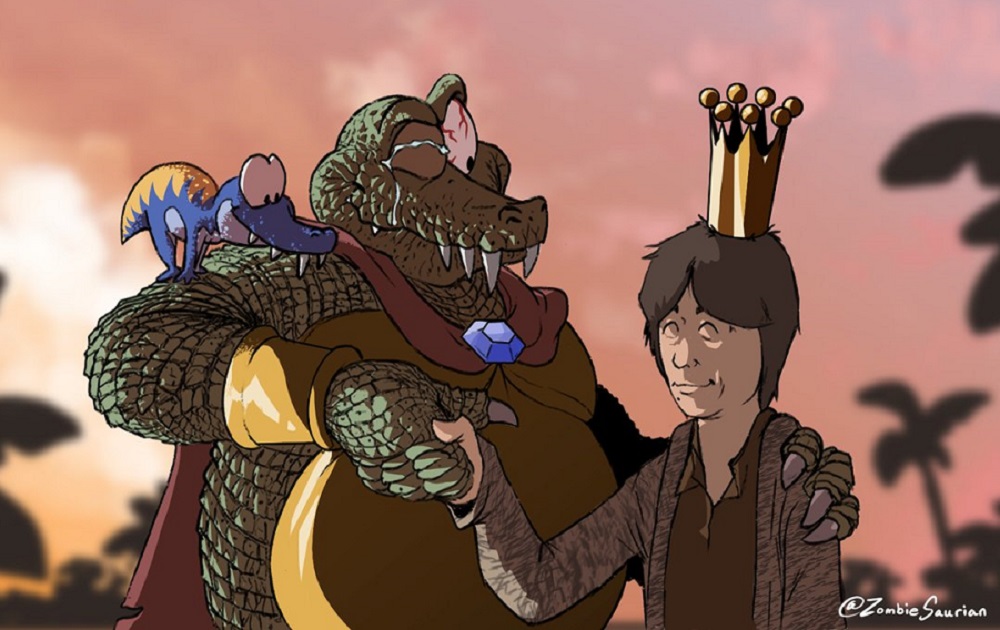 In a touching show of gratitude, fans of Donkey Kong Country’s troublesome antagonist, King K. Rool, have offered up their heartfelt thanks to Masahiro Sakurai for giving the crafty crocodile a roster slot in the upcoming Super Smash Bros. Ultimate. for Nintendo Switch

“Thank you for listening to us, and thank you for being such an amazing game director,” said the statement. “Thanks to his inclusion in Super Smash Bros. Ultimate, K. Rool will be forever immortalized as a Nintendo all-star, looking better than we could have ever imagined.”

The statement appeared on the Twitter account @BringBackKRool, the “official” account for requesting the villain’s return to the big time. Accompanying the statement was some neat artwork (by artist @ZombieSaurian) of K. Rool buddying up with Sakurai, who pretty much spends his waking life bombarded with fan requests for the crossover fighter.

キングクルール お礼の手紙 – The following is our thank you to @Sora_Sakurai, @Nintendo and the fans for bringing back King K. Rool. Long live the King! pic.twitter.com/fT5ZtyGsX3