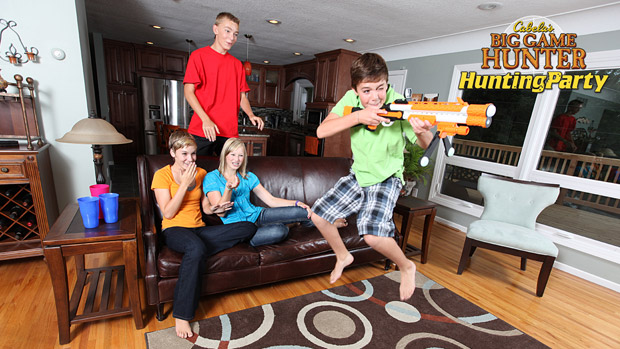 I’m fairly certain there has yet to be a Cabela’s-branded game that wouldn’t be an absolute blast to play while trashed. This looks to be true of Cabela’s Big Game Hunter: Hunting Party for Kinect, which was just announced for release on November 1, 2011 at a price of $79.99.

Interestingly, you get to use the Top Shot Sport and Kinect simultaneously. Described as a series of shooting galleries (On rails? Probably), Hunting Party tracks your body as you “duck, jump, and weave between obstacles, grabbing power-ups and avoiding the creatures.” Also, you get to use a bigass plastic gun. Yes.

You’ll definitely want to look over the promotional images for this one.