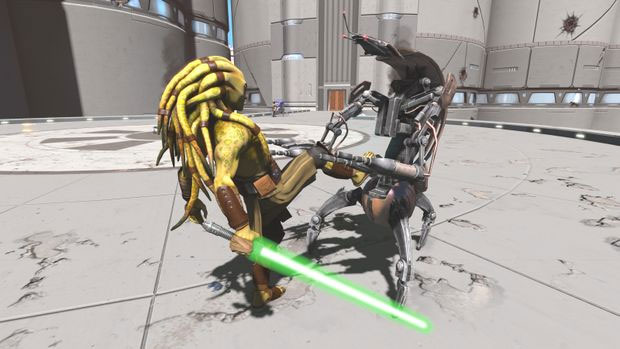 Microsoft told Official Xbox Magazine UK today that it has made the decision to push the game into the new year to reach the title’s “full potential.” The delay applies to not only the game, but the Kinect Star Wars Limited Edition console, as well. (That should be obvious, considering part of that package include the Kinect Star Wars game.)

Sad news for Kinect owners and Star Wars fans, but not surprising. Early looks at the game haven’t been too promising, and maybe a few few months in the cooker could mean the difference between a fun title and a stinker. No new release date or window has been announced, but we’ll be sure to let you know when we hear more.