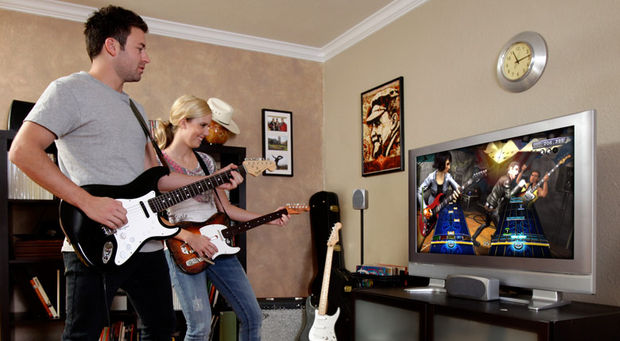 Harmonix wants the Rock Band 4 experience to be a social one — a group of people together in a room using music as the driving force toward enjoyment. However, Microsoft has a once “integral” peripheral for the Xbox One that’s notable for mistaking innocent chatter as prompts to use its voice commands.

Last night, former Joystiq editor-in-chief Ludwig Kietzmann tweeted wondering “if singing [in Rock Band 4] in front of Kinect is going to lead to mistaken instances of it hearing ‘Xbox.'” It’s certainly a fair question, and nothing will kill the momentum of rocking with friends quite like Kinect trying to take over and navigate elsewhere. It could have all the makings of the current-gen “Ugh, who hit the pause button?”

Fortunately, that won’t be the case. We followed up with Harmonix and asked if this poses a possible problem. While the developer noted that this would make for a humorous situation, it’s taking preemptive steps to ensure it won’t cause trouble. In a brief statement, Harmonix said “It will be a non-issue, as we can disable voice commands during a song.”

It’s currently unknown whether it’ll only be in-game play that disables Kinect, or while in the menus too. Regardless, it’s a fine step to ensure that the good times don’t come to a screeching halt. Although, it’d probably only take a few mishaps before most unplugged it, anyway.