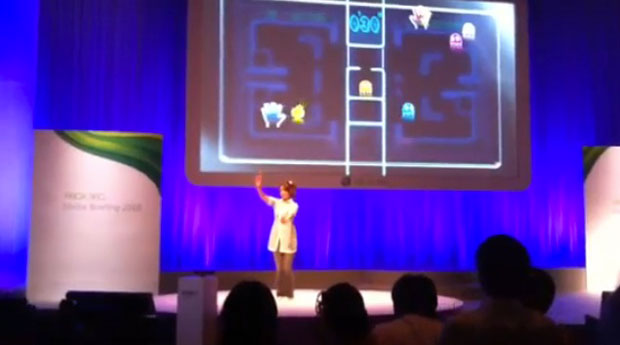 Namco Bandai is hoping to sharpen your mind with Kinect, while also bringing an old pal to Microsoft’s console using the motion control device.

In advance of next week’s Tokyo Game Show, Namco Bandai has revealed a new brain training game for Kinect for Xbox 360. The man behind the game might look familiar to Nintendo DS owners — it’s Dr. Ryuta Kawashima, the face of Nintendo’s successful Brain Training series. Kawashima served as an advisor on the title, which will be a mash-up of motion and puzzle mini-games.

One games includes a soccer game that has players solving math problems by kicking balls with the right answers on them. The publisher also demonstrated a Pac-Man mini-game that utilized Kinect. The player moved both hands to control the little yellow pellet muncher through mazes, as expected.

We’re in Japan next week for the show, and it looks like Microsoft is doing its best to push Kinect on the Japanese at TGS. We’ll get sweaty and tired bringing you the details, so stay tuned.