Onion Games founder reflects on his past, present, and future

To close our interview series with Yoshiro Kimura, developer on Romancing SaGa 2, Chu Lip, No More Heroes, Rule of Rose, Little King’s Story, Million Onion Hotel, Dandy Dungeon, and so many others, we thought we’d look at the unique place Kimura-san holds in the industry. He was there, behind the scenes, as the medium took its first steps into large open worlds, then cutscene-driven narrative games, and now, towards the mainstream friendly, free-to-play mobile mega franchises that are dominating the market. With each of those steps on the way, Kimura-san was there to help steer the medium in unexpected, genuinely human directions.

Working for over 20 years in a field whose place in the larger culture is anything but consistent, and where even the biggest names often reject being called “artists,” is not for the faint of heart. Risk is constant, even for veterans. Most cope with the resulting anxiety by clinging to whatever solid ground they find. Kimura-san, on the other hand, hired a talking, humming, self-deprecating onion to run his company Twitter account.

I couldn’t wait to find out why.

“Because I love crazy yet beautiful things. Onions are such things.”

That was Kimura-san’s explanation for his choice in social media managers.

So much about his answer speaks to his particular approach to game development. He takes it for granted that onions are beautiful, to the point where he left out any details about what exactly makes onions beautiful. If you are looking for your entertainment to be spoon-fed to your brain, you’re likely to just move on from his answer, taking little from it, or writing it off entirely as “pretentious gobbledygook.” But if you like digging, you might find something more. Being root vegetables, onions spend much of their lives underground, so any onion hunter worth their salt is no stranger to a good dig.

Onions smell sometimes, but they rarely lack flavor. They can make you cry. Peel back their layers and you find… more layers. Onions are ordinary, but they can take a bland meal and turn it into a love-it-or-hate-it event. Few can handle biting into one raw, and like pornography, you know one when you see one, but that doesn’t mean you know what you’ll get when you eat one.

Are these the reasons why Kimura-san thinks onions are beautiful? If he were to tell me, then I wouldn’t have much room to come up with answers myself. I think he’d rather entertain my mind with a space to play in, instead of just handing me some information to file away for later. Therein lies the difference between art and entertainment. 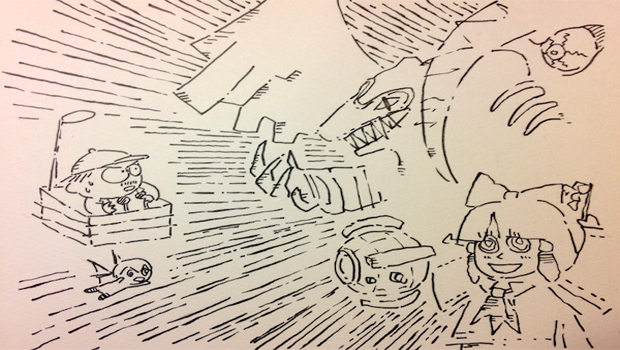 Although, “difference” could be too strong a word. Art is to entertainment as a square is to a rectangle. All effective art entertains the mind, but not everything that entertains the mind is art. That’s part of why many entertainers refrain from calling themselves artists. Setting out to challenge the audience, instead of just entertain them, can imply a lack of humility. Even Rube Goldberg, famed comic artist and creative engineering genius, pushed away from calling himself an artist. Instead, he insisted that he and other comic artists call themselves “Vaudevillians.”

I asked Kimura-san about this perceived conflict between humility and the title of “artist,” and how famed game developers like Hideo Kojima and Shigeru Miyamoto have both rejected that specific title. 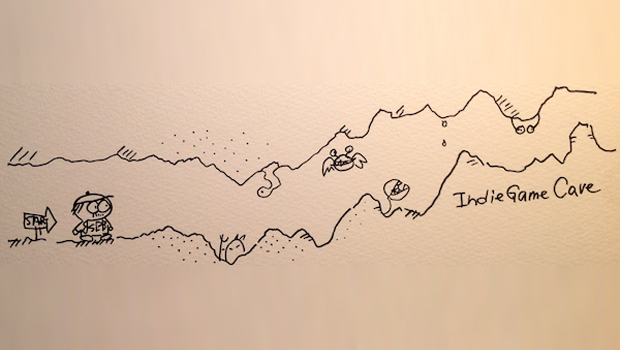 “I see it like this: art exists in the smallest everyday discoveries. When a breeze feels beautiful or a stone looks cute or we see a weird person on the train and think ‘What a weirdo…’, I believe that’s art. Then again . . . everyone does this, right?”

“By my definition, every member of the human race is an artist.”

“The biggest obstacle to my pursuit of making what only I can make is my own ego. The most important qualities are honesty and humility. I don’t know about Misters Kojima and Miyamoto, though this is how I personally approach making games.”

It’s easy to imagine how someone who values their art enough to try to share it with others, who also values humility and honesty above all else, could end up feeling pretty hopeless in today’s media landscape. Ego trumps talent and trust on a regular basis these days. Many would rather parrot the talking points of others than say anything true about themselves, as honesty creates vulnerability, where conformity leads to acceptance, and sometimes, fame and fortune. 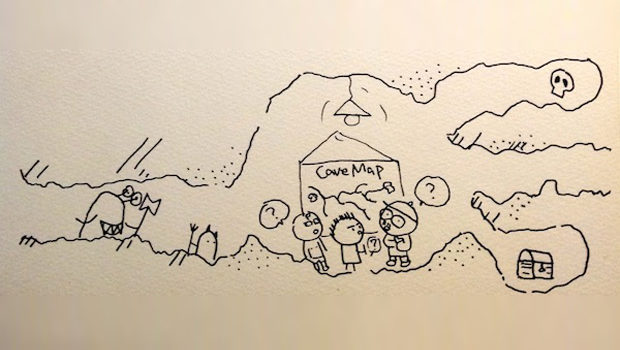 So how does Kiumra-san, 20 years deep into his career in game development, carry on in the face of all that garbage?

“What feels like a long time ago, I was tired of being a human; I was ready to give up on making games. Then I went to the Independent Game Festival (IGF) in 2012. It moved me. I founded Onion Games. I began making games again. There were just three tiny onions at that time. Now we’re nine slightly larger onions. Now we’ve got enough of a team to make game prototypes in our free time.”

“In the near future, I hope we’ll get back to work on our smartphone game Million Onion Hotel, and our Steam game Black Bird. Please play them if they ever come out!”

I will, Kimura-san. You and your band of onions have yet to do me wrong, and I can’t see why you’d start now.

Here are parts one and two of the interview. Thanks again to Tim Rogers for the excellent translation and interpretation.