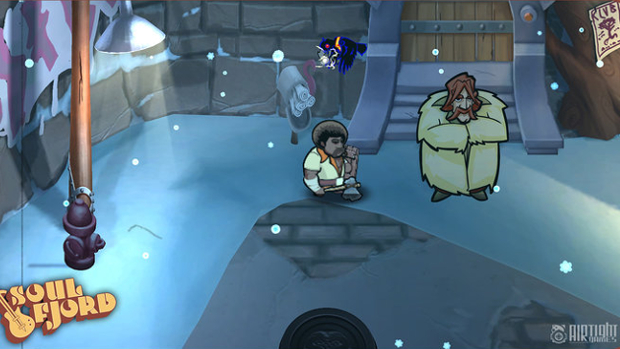 Unfjortunately, I don’t think I can affjord an Ouya for one cool game

The new game Airtight Games and Kim Swift (Portal, Quantum Conundrum) joint, Soul Fjord, will be released on January 28 exclusively for the Ouya. A year ago, the exclusive inspired faith in the platform. After subsequent Ouya backlash and eventual cold indifference, it just seems a bit sad to see the 70’s soul viking game release to the Ouya.

It would be nice if, like Towerfall, this can get itself extricated from the Ouya eventually, but Ouya funded development so it looks like it’s stuck. Hopefully I can at least buy the Austin Wintory (Journey, Banner Saga) soundtrack separately. Love me some good funk.