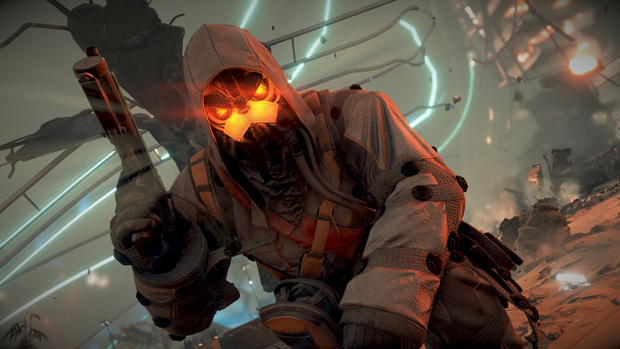 He’s in the Garfield clan

It strikes me as unusual that Killzone: Shadow Fall wouldn’t include a clan system out of the gate when that functionality has become so common among not only first-person shooters, but competitive multiplayer games more generally. It is on the way though, Guerrilla assures: “…we apologize for the time it’s taking to implement our full vision for the clan system. To make the wait more bearable, we’ve decided to roll out clan features in multiple phases.”

Patch 1.09, due out in early February, is the first part of that content rollout. It adds support for clan tags and “basic clan management functionality” such as making a clan, adding or removing members, and promoting individual users to the rank of clan officer.

“In subsequent phases, we will expand on these features through free game patches and site updates, based in part on your feedback,” says the studio. I’ve come to associate clan tags with a sinking feeling that I’m about to get my ass kicked. Anyone else?