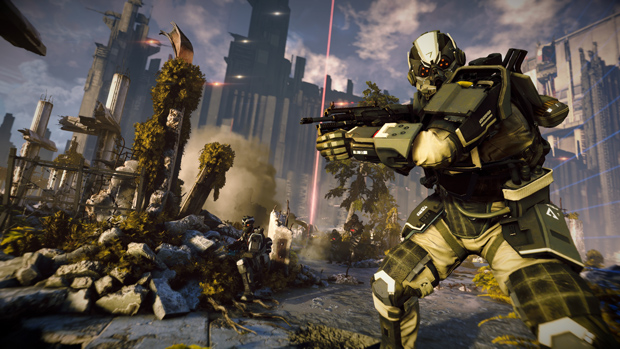 Guerrilla detailed the online cooperative expansion pack Intercept for Killzone: Shadow Fall season pass owners today ahead of its release next month. It’s a survival mode for four players, each with a specific role — Assault, Marksman, Medic, and Tactician — playable across four maps themed around locations from the game’s single-player campaign.

Players will defend against Helghast troops while establishing Hacking Uplinks and the mode is based around a Team Score that increases as Uplinks are defended and players bank their Personal Score earned from kills, ability uses, and recaptures. Respawns deduct points from the team, as do the loss of Uplinks. You’ll work to earn bonuses like artillery strikes and jetpacks and avoid running out of Team Score — that’s when it’s game over.

So, yeah. Standard stuff, really, not that I’m complaining. There are also plans to release this Intercept expansion as a standalone later this year. I like when games do that.