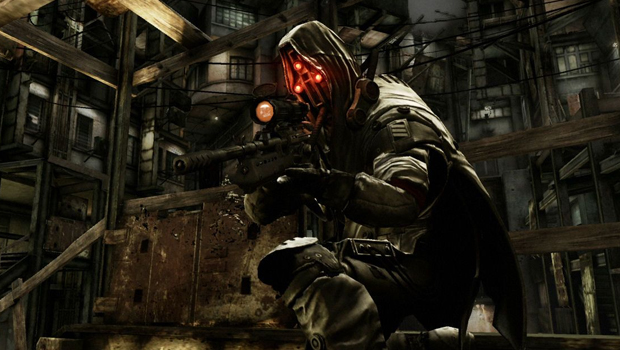 Helghan belongs to the Helghast!

The original Killzone may have been hidden away in a shoebox for the better part of a decade, but the venerable shooter has now safetly made its triumphant return to center stage. Promulgated today over at the PlayStation Blog by none other than Scholar Visari, the Autarch issued a call to arms for this weekend’s surge. This upcoming weekend has been declared Double XP weekend and all of your efforts shall be rewarded doubly.

To enlist new troops the Killzone Trilogy has arrived on the front lines for $39.99. Should you already own Killzone 2 and 3 and are still interested in the high-definition remaster, Killzone HD is now available for purchase independently on PSN for $14.99. Got it? Good. Now get out there and slaughter some Vektan scum. Death to the ISA!