It’s with these words that Scolar Visari, leader and ruler of the planet Helghan, dies at the close of Killzone 2. He wasn’t just being overly dramatic. Following his death, the Helghast army and planet loses direction, loses control. Two of the planet’s most powerful men now fight for control, all the while while ISA forces crumble under the might of the powerful Helghast military force.

This is where Killzone 3 picks up, immediately following these events, the war and chaos reaching a fevered pitch like never before.

“To us it’s a story of David versus Goliath,” says Game Director Herman Hulst of the ISA’s struggle to compete with the Helghast superpowers, “but this time, Goliath has brought thousands of troops and a thermo-nuclear arsenal.”

While Killzone 3 begins without missing a beat, Guerrilla has already been working on the title for just under two years, beginning in January of last year as Killzone 2 wrapped production. The team was pleased with the sequel and its reception, but knew it could do better. In the wake of huge PS3 experiences like God of War III and Uncharted 2, the studio knew that the bar had been raised. It had to increase the scale of the game across the board, had to “dial it up to 11” with bigger weapons, smarter enemies, and larger, more varied environments.

This time around, the Helghast enemies will be smarter and more terrifying, with new tactics and new toys at their disposal, such as boost packs and portable weapons of mass destruction. Guerrilla says it will work on developing its own science fiction universe with a “unique twist,” visiting a wide variety of Helghan locales like wastelands and jungles. The finale (spoiler alert!) will even take players into space. 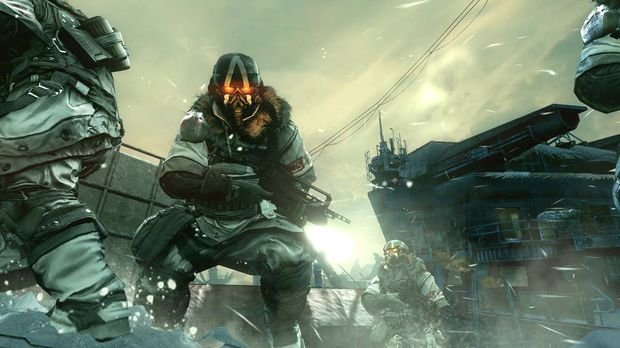 Guerrilla and Sony let me get my hands on an early version of the game’s fourth level, an arctic environment with snowy hills, the wind whipping ice and debris across the screen. I also had a chance to man the gun of a flying ISA vehicle, taking out what appeared to be massive alien oil rigs, triggering explosions and bringing pieces of the structures crumbling to the sea below.  Visually, it’s as stunning — if not more so — than Killzone 2. And it should be — Hulst rambles off a bunch of information about “every single clock cycle on the PS3” working hard to make Killzone 3 an epic experience. More to the point, he says this arctic level in question is ten times bigger than a typical level found in Killzone 2.

I also had a chance to not only see first-hand, but man the much-talked-about “jetpacks” found in Killzone 3. Yes, using one is as cool as you’d imagine, but let me be clear — this is less of a “jetpack” and more of a “jump pack.” Dark Void this is not, as maintaining flight is next to impossible with the massive backpacks. Instead, pressing the L1 button will give you a quick boost off the ground, or you’ll be able to get a bit of air if you’ve made a jump on your own. As the pack slowly descends, pressing the X button will give you a quick forward dash; pressing it multiple times will let you cover even more distance. 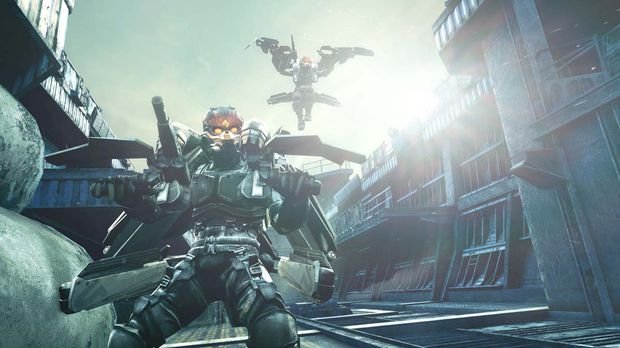 With levels based around the use of the jetpack, it could potentially be a game-changer. There were a number of platformer-like elements in the demo I played: hopping from iceberg to iceberg, or using the pack to gain higher ground by leaping on boxes or platforms in the environment. It also provided a tactical advantage in a few situations, allowing me to get around or above Helghast forces. Fortunately, the thing is mounted with a machine gun with unlimited ammunition, the only concern coming when the muzzle turns a bright red as it overheats.

Killzone 3 also features a new melee attack system, which Guerrilla is calling “Brutal Melee.” And brutal it is. By tapping the melee button rhythmically, you’ll be able to pull off a number of flashy, over-the-top kills, like pulling out a knife and ramming it into a Helghast’s eye. The build of the game I played was early, and I only managed to execute a few different kills — a knife to the throat, a kick to the face, twisting my blade in the eye of an enemy. But I’m promised that there will be a wide range of these takedowns, some of which will be based on environmental considerations, like throwing an enemy onto a table. Guerilla also played a video, set to the tune of Velvet Underground’s “Venus in Furs,” that showed off an ISA soldier kicking Helghast against walls, knocking them back with the butt of a gun, and more.

Both the ISA and the Helghast will have new vehicles, as well as new weapons, at their disposal. Of particular note, I got to play with the WASP, a cannon that sent a swarm of missiles flying in the direction of my enemies. Its alternate fire was just as devastating, unleashing an entire nine-missile clip on a target from directly above. 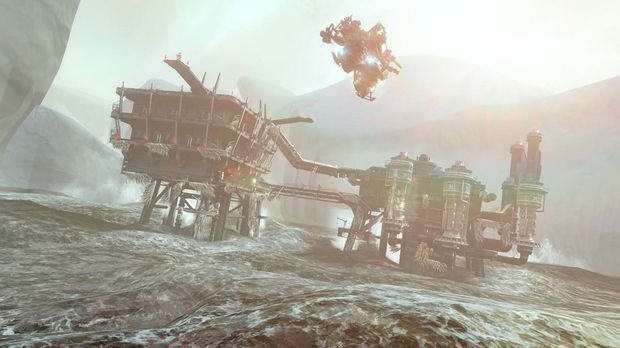 I also had the chance to play Killzone 3 in 3D. According to Hulst, the team at Guerrilla made the decision to include 3D right from the beginning of development, letting them tailor not only the engine but also gameplay scenarios to the experience.

“We’re trying to raise the bar,” he tells me, “and that’s what we love to do. We love taking the hardware and getting the maximum out of it. Something like 3D comes by, we jump on it. We love it.”

Hulst is confident that it will provide a better, more immersive gameplay experience, even allowing the player to navigate environments more easily. The game takes advantage of full stereoscopic 3D, which, unlike some other 3D solutions, requires a television that supports it. I played the game on a prototype Sony Bravia that supports 3D; I’m told that it should work on competing sets that feature similar technology as well.

After about 30 minutes with the game in 3D, I’m still on the fence about whether or not this is how I’d like to experience games. It’s impressive for sure, and it may even have its benefits — the reticle of the gun, for instance, will appear to be “on” the enemies you’re targeting. The HUD also pops more, making it look like it’s “on the TV screen,” separate from the action. It might have been psychological, but I did feel a low-grade headache coming on around 20 minutes in. Looking away from the screen (either left or right) for a moment didn’t help matters, as the shutter lenses in the glasses would take a moment to adjust, my eyes having to do the same. 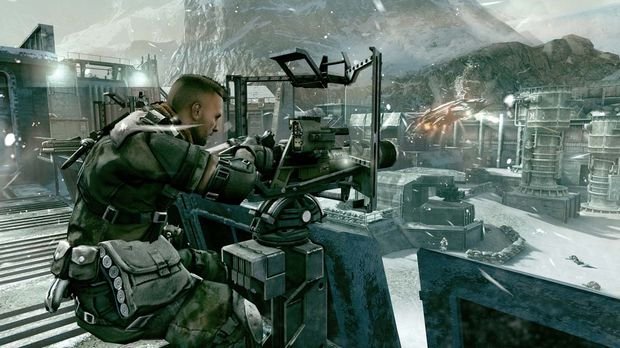 It should be noted that Killzone 3‘s 3D isn’t mandatory; it’s just a potentially cool feature for those who will be early adopters of 3D-capable sets. That said, I’m told Guerrilla didn’t have to sacrifice anything in-engine to get Killzone 3 running in 3D — the game should run at a locked and solid 30 frames per second, with all of the bells and whistles you’d expect. But Hulst seems confident 3D is the way to play.

“I think it’s a game-changer for a franchise that has always strived to create a full sense of immersion in every single way,” he tells me. “You know, very realistic animations, great concept design, a world that’s believable, that could have been built in reality. You know, us putting our guys, our playable characters on the frontline of the experience… in 3D, the frontline of the experience is now real. It’s virtually real. You see yourself, and there’s stuff happening behind you and in front of you, so you’re almost literally right in the middle. And I think it’s a real game-changer in that we’re continually strengthening that sense of immersion.”

Right now, Guerrilla isn’t talking multiplayer, only saying that they’ve been listening to fans and can “safely say” they’ve addressed every feature fans have been asking for. Yes, that will likely include the use of the jump packs, although they’re not making that official at this time. They’re also mum on PlayStation Move support; Hulst only tells me they’ve looked at what Zipper is doing with SOCOM 4 and that it’s “interesting,” but would say no more. Considering his comments on “raising the bar” and jumping on new technology, it doesn’t seem like something that would be out of the question.

We’ll be seeing even more of Killzone 3, which is set to ship in 2011, at E3 this year. If this early look is any indication, Guerrilla has taken this whole “raising the bar” thing seriously, and they didn’t even have to show us any “funny business” trailers. Why? Because it’s already looking better than ever.