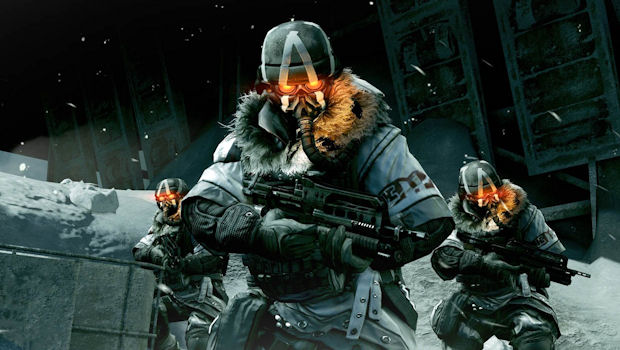 [Update: FirstPlay has issued a correction (via CVG) to its preview, stating that the information about a four-player cooperative mode in Killzone 3 is “erronous.”

“”Unfortunately the Killzone 3 preview contains a piece of erroneous information about a four-player co-op mode which isn’t present in the game. It was something that had been rumored that we mistakenly picked up on as fact. Apologies for that, especially to Guerilla for whom this has been an annoyance,” the statement reads.

But if it did exist, that would be pretty great, though, eh?]

Did you find the endless swarms of Helghast a bit too hot to handle in Killzone 2? Maybe backup from three friends will help you out! It has been confirmed that a special four-player co-op mode is coming to Killzone 3.

The only thing we know about the four-player section is that it will be “objective based,” meaning that it’s unlikely to be a horde mode or anything comparable. Still, it’s quite interesting to see, and seems to indicate that Guerrilla is really doing all it can to make Killzone 3 much bigger than the last game.

I look forward to seeing what this co-op mode is all about in any case!