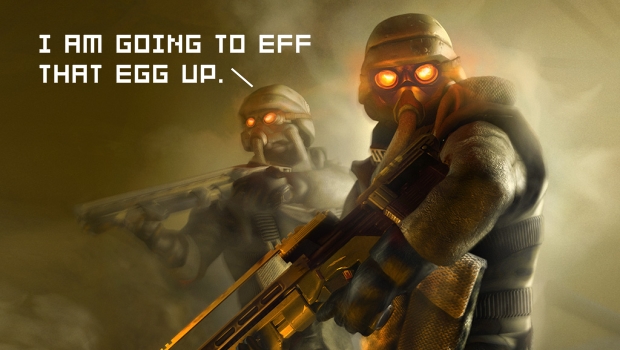 What do the resurrection of Christ and Killzone 2 have in common? You get to watch video of the new “Steel and Titanium” DLC on Easter, that’s what!

Hmmm, maybe I can come up with a few better connections than that. Let’s see. In both of these videos people die and since they are multiplayer maps those people are most likely resurrected, just like Jesus was on Easter. Also, in the video of Wasteland Bullet people get hit by large fast moving objects, just like Jesus when he had to fight Tyrannosaurus Maximus in The Book of Sin. Jesus is also supposed to have had “mad ups,” giving him a sweet vertical leap, much like the vertical gameplay of the second multiplayer map Vekta Cruiser. See it’s all interconnected.

Fine, I made those last two connections up, but if Jesus took on a anthropomorphic T-Rex on a speeding hover train thing it would be awesome.