Killing time in the most literal sense

[For this month’s Bloggers Wanted, Luca Blight shares with us how he goes about Killing Time…literally – in Dead Rising 2. ~ JuIc3]

Hi I’m Luca Blight the mad prince of Highland. You probably remember me by from burning your house and making you squeal in the mud like a pig you are. If not forget all that please.

Like all people, I have some bad days and I need to unwind or out of sheer boredom and the game I turn to is Dead Rising 2. It was the first game I played on my own PS3 and countless hours were spent. Why? Because the game is balls out insane. You can create new weapons by combining two weapons into combo weapon, or you can create a simple but awesome “paddlesaw” by using a paddle and a chainsaw, or a murderous bear out of teddy bear and a gun (don’t ask). You can also add a chainsaw to your motorbike and mow down hundreds of zombies within seconds. Call it disturbing but I find it pleasing killing countless zombies and toying with them with masks and spray cans. 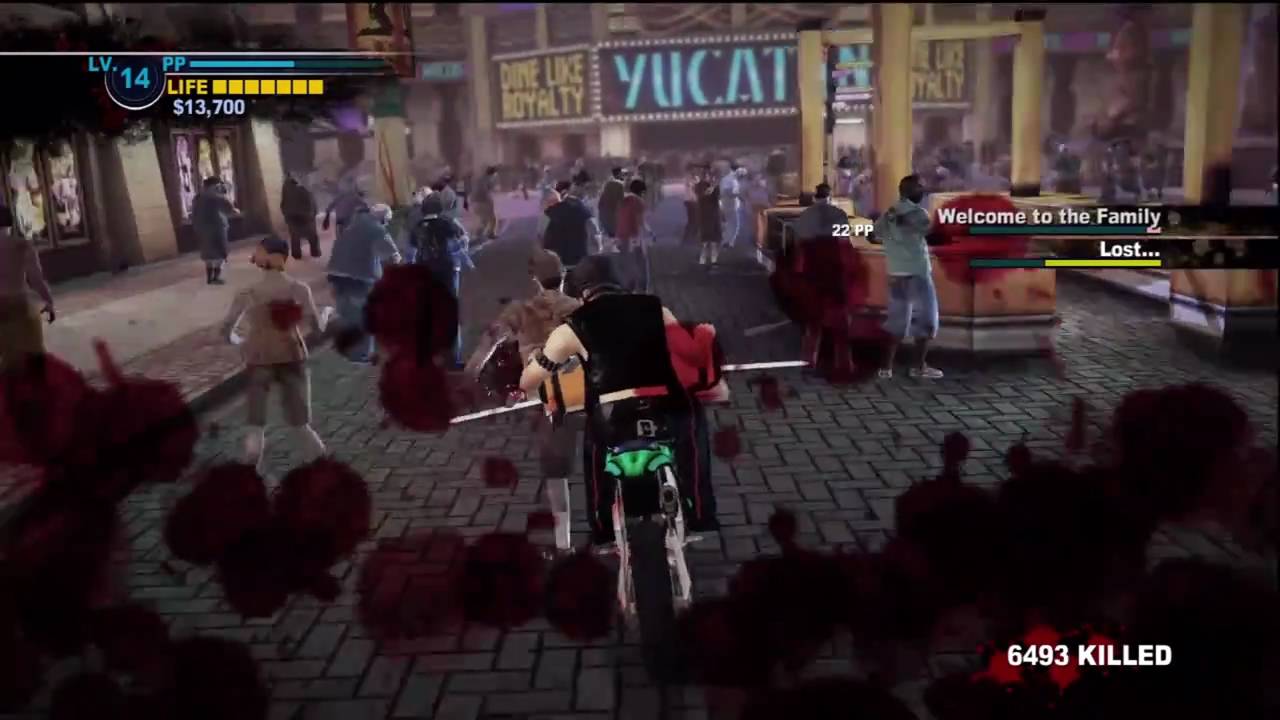 And in case you’re feeling lonely don’t worry because Dead Rising 2 has co-op so you can mow down zombie together and you can even do the whole story with your friend. So grab your skateboards, put on your hula dresses, and start partaking in some activities like drinking, gambling, zombie murdering, and hunting down a tiger. (Yes, that last part is true.) Now let’s talk about story. The story is technically not good, but it has the B-movie cheese I love so much. It’s about a hardened badass named Chuck who has the power of MacGyver and is on the edge of life by protecting the only thing important to him his daughter.

However, a zombie outbreak happens and Chuck is framed for the outbreak and needs to uncover the conspiracy of the outbreak and his framing while giving his daughter her medicine. Along the way he meets new friends and enemies while passing some wit and one-liners.

The writing is hammy and the game is well aware of it and uses it to the full effect. I’m going to quote some of my favorites lines in the game.

Dead Rising 2 is by no means a perfect game. The graphic are sub-par and frame rate takes some drops from time to time. But I just can’t stop myself from putting off a childish smile whenever I play this game.

With the new Dead Rising game coming out this year I’m excited to see what insanely awesome weapons they come out with. It just a shame Frank’s old voice actor won’t be voicing him in the new game for some strange reason. Anyways, thank you for reading my blog and a good day to you… that is if you’re not in one of the towns I’ll attack next.