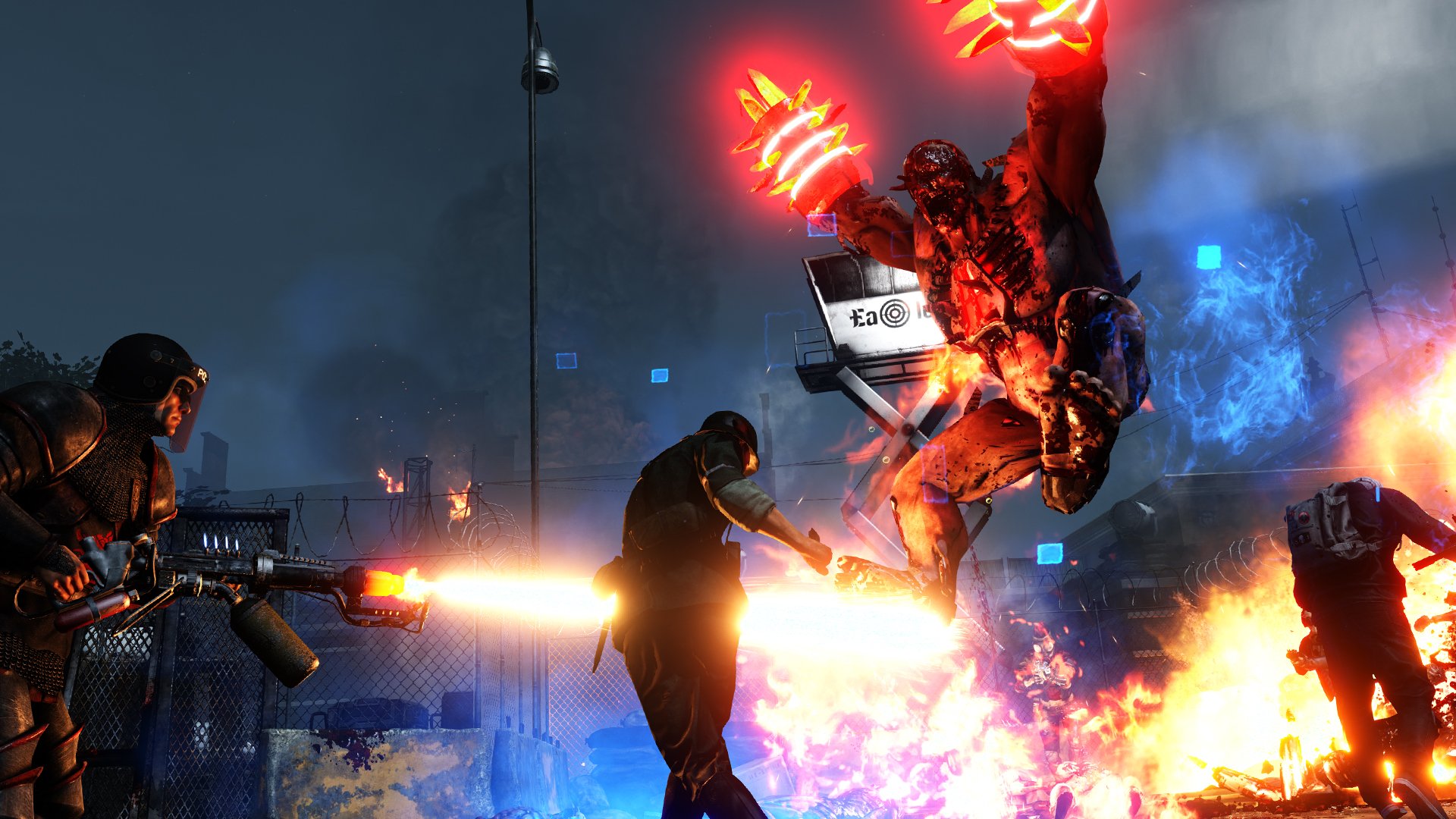 As Killing Floor 2 creeps closer to full Steam release this November, players have been wondering what the final perk (character class) would be. Some community folks dug into the code and found references to the Martial Artist, which everyone assumed would be a faster Berserker variant with katanas and throwing stars, but Tripwire Interactive recently announced that Martial Artist would not be the tenth perk. I asked the developer what it was going to be, and today we have the answer: the Survivalist.

Instead of new weapons and a new focus, the Survivalist is a hybrid class that allows you to create your own build. Players have been demanding more cross-perk support, and this might fill that niche. While the perk won’t specifically excel at what other classes specialize in, it can allow your dreams of being a flaming Berserker or a healing Demolitionist to come true. I’ll let the Tripwire design team describe its intentions:

The Survivalist perk functions a bit differently than other perks in that it is a jack of all trades perk, whereas all the others are specialists.  The Survivalist has passive abilities that make it effective with a wide range of weapons and capable of withstanding an impressive amount of damage, while its skills allow the perk to serve in a number of roles based on player choices.  For example:

Want to be a better medic than just using your injector, but also want bigger explosions and to carry more weapons?  The Survivalist can do that.  Want some extra power in melee combat, but you also want to have healing grenades? The Survivalist can do that too.  While the Survivalist will not be as effective as other perks in their chosen specialty (a Survivalist will never have the raw healing potential of a Field Medic), they can fulfill multiple roles in a team and use combinations of weapons from multiple perks more effectively than other perks.

Because of this level of complexity, the Survivalist needs more attention to skill choices and playing to your strengths than other perks.  The Survivalist is a veteran player’s perk as it will take knowledge and skill to make use of the synergies the Survivalist can create through skill selection, weapon load outs, etc.  The Survivalist is sort of building block perk; it’s got a lot of awesome pieces, but it’s up to the player to build them in an effective combination.

We went with this perk in order to give players who wanted the ability to customize their characters more ways to do so.  Instead of making perks that were half one thing and half another, we created a single perk that allows players to dip into lots of different perks, letting them choose their play experience from a wider variety of options than the existing perks allowed. Secondarily, we wanted to create an option for players to fill a specific role in a game, like medic, without being limited to playing a single perk. Now players can be competitive across multiple roles instead of being limited to one.  And they can use all the weapons in game effectively while doing so.

So we can choose our own grenade types and find awesome combos? I’m into it. I still wish we could have tried out Martial Artist, but maybe we’ll see it later on down the line. Initially, I thought the Survivalist seemed like a copout because it’s not a new perk per se, but now I’m excited to go on r/KillingFloor and see what combinations everyone comes up with. The players who miss when Sharpshooter and Gunslinger were rolled into one class can have that back again! As of right now there’s no word on when Survivalist will release, but with launch coming so soon, it can’t be too far off.