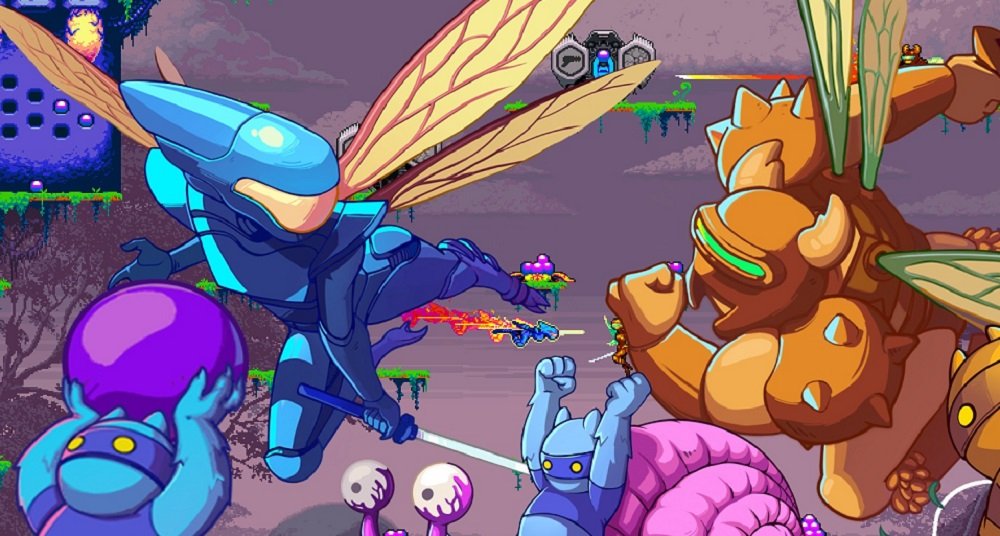 Guaranteed to blow your mind

Indie outfit Liquid Bit has revealed that Killer Queen Black will be coming to the Xbox One later this year. The colourful arcade remake has previously been announced for PC and Nintendo Switch.

If this is the first time you’re hearing about it, Killer Queen Black is a tactical multiplayer game, where teams of four players must work together to claim victory in single-screen platforming action. Playing as The Worker, The Soldier or the titular Queen herself, teams can claim victory by either gathering enough berries to fill the hive, repeatedly defeating the Queen in battle, or … erm… riding a big snail across the screen.

Having these multiple routes to bagging the “W” makes for adaptive gameplay, where plans of attack change at a moment’s notice, as your team attempts to reach one of the three goals, whilst keeping an eye on, and attempting to block, your opponent’s progress. As you can imagine, teamwork and an ability to re-adapt to the changing state of battle is key.

Killer Queen Black is expected to launch in Q3 on PC and Nintendo Switch, with Xbox One to follow in Q4.