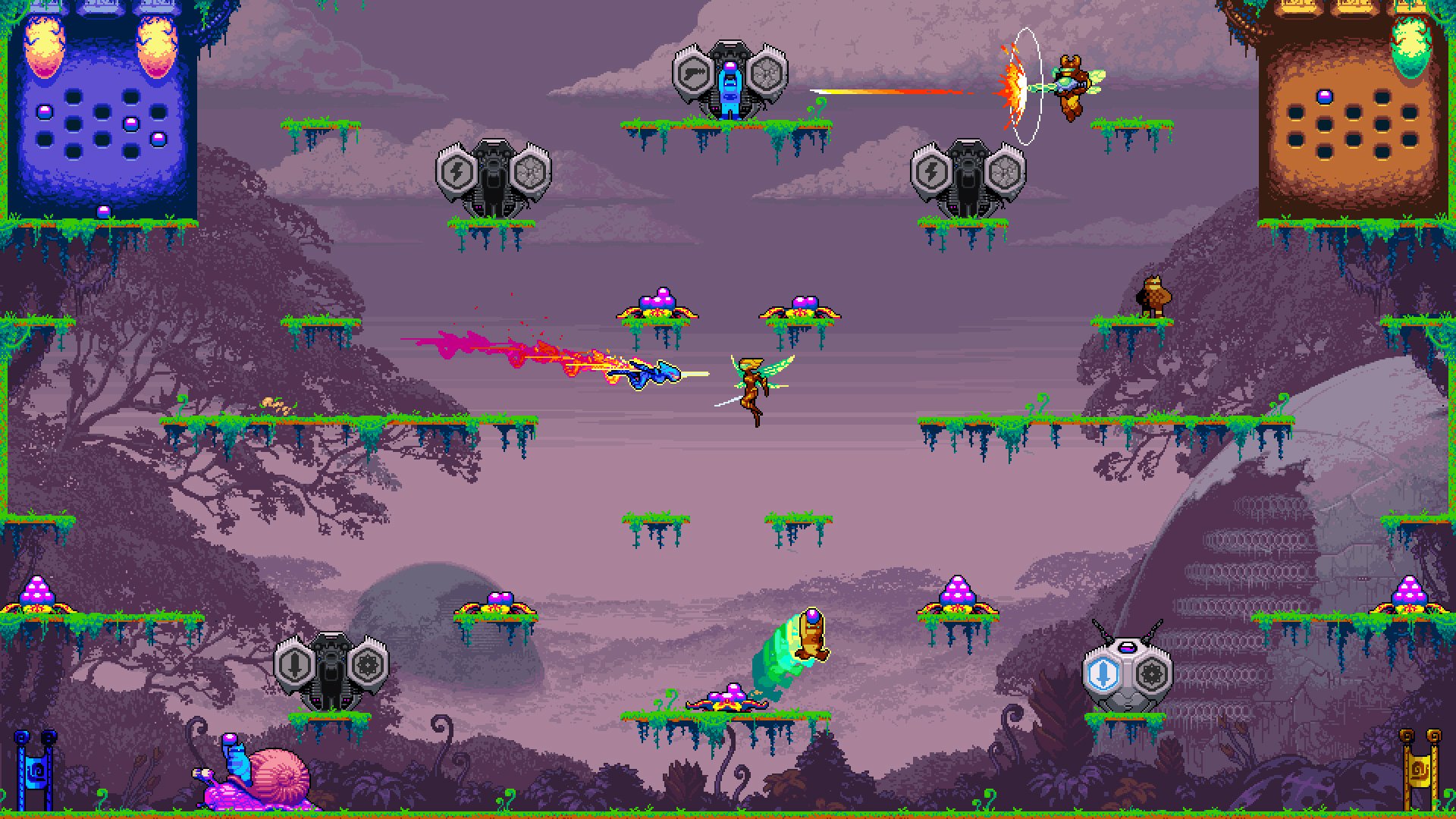 I like to jot down a few notes before I write about a game. It helps me get my mind in the right place. After spending some hands-on time with Killer Queen Black, I immediately took out my notebook and started writing.

It wasn’t until I sat down to turn those half-formed thoughts into a formal preview that I realized the only note I’d written down is “Killer Queen Black slaps.”

I stand by that entirely. 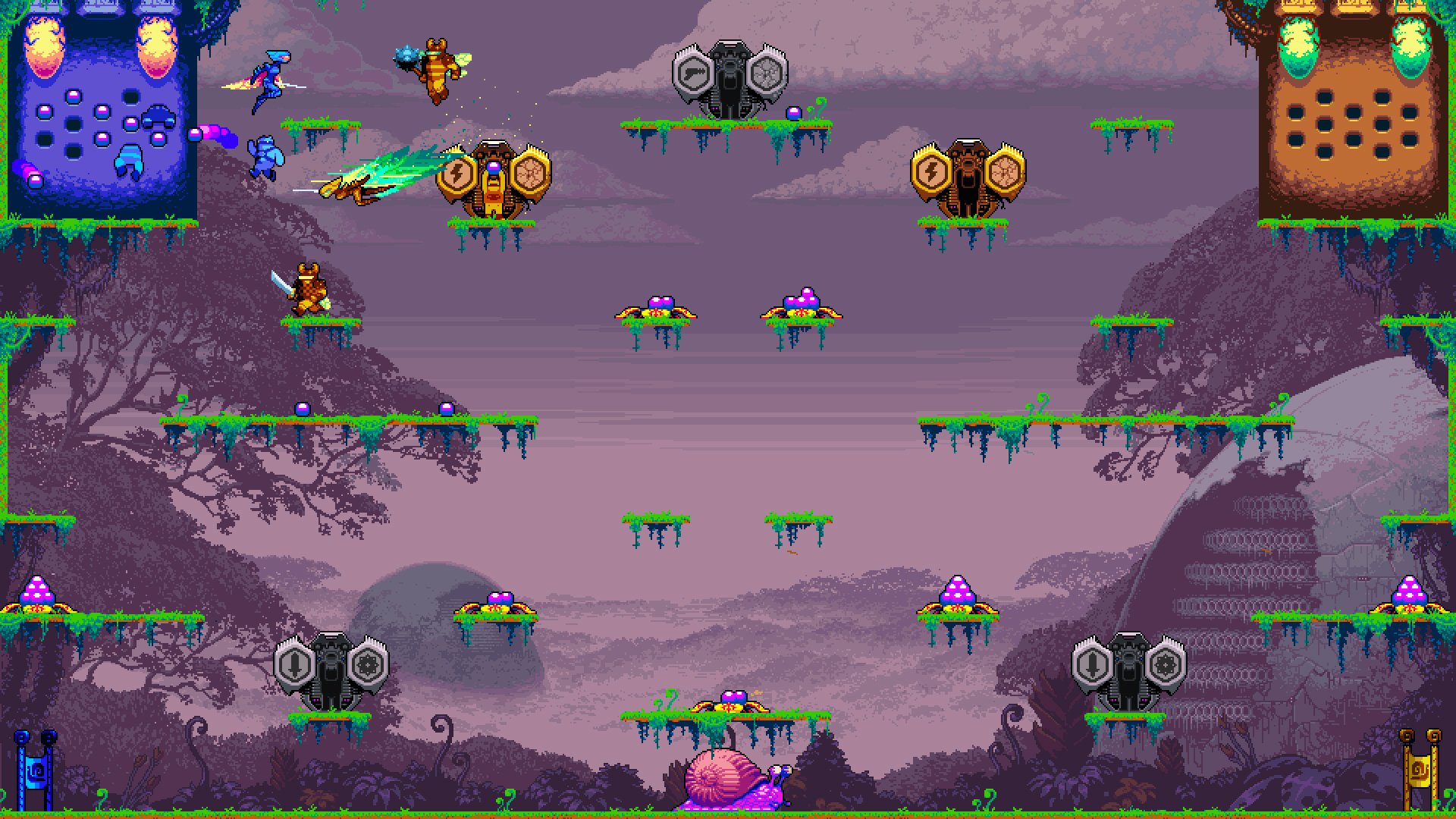 Killer Queen Black is an updated take on a 2013 arcade game called Killer Queen, which allowed two five-player teams to compete in a highly frenetic, yet strategic, platformer with three different victory conditions. Black takes the arcade version’s framework and adds new modes, gameplay mechanics, and updated graphics to make a game that’s both instantly entertaining and dynamic. In fact, it might just be the next big party game.

On paper, Killer Queen Black sounds almost too simple. It’s now an eight-player experience, where two teams of four do everything in their power to earn a Military, Snail, or Economic victory.

Any given team is made up of three drones — grunts who specialize in darting around the level to collect berries and toss them into their hive’s reserves — and one queen, an agile and deadly character whose only weakness is her limited lives. Drones can either focus on banking twelve berries (an Economic win), steering a slow-moving snail towards their team’s side of the level (a Snail win), or using a piece of fruit to unlock a power-up at one of the gates scattered across the stage. The power-up, in turn, transforms drones into warriors capable of killing the opponent’s queen. Doing that three times results in a Military victory. The first team to net three victories wins the match. 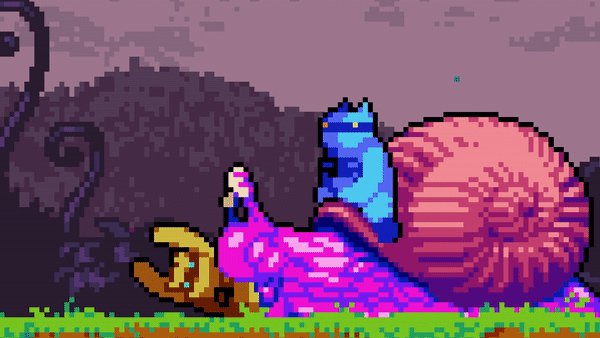 Killer Queen Black is at once a chaotic tug of war and an easily digestible, highly competitive game. It’s the kind of video game you can’t help but gawk at, a retro-looking affair with plenty of style and just as much substance. It’s fast and punchy; easy to understand and hard to master, but too damn fun to ever be frustrating.

But there’s more to Killer Queen Black than initially meets the eye. While it’s easy enough to jump into a match and learn the ropes, the game’s multiple victory conditions ensure that there’s never a dull moment. From the moment a round starts, the screen is instantly awash with moving characters, berries, and snails (oh my!). To succeed, teams have to learn how to coordinate their efforts.

Having three drones focus on banking berries might seem smart at first, but it’s an easy way to leave your queen exposed. Her stinger’s an effective weapon, but it takes some serious skill to stay alive when a group of enemies is rushing you. Pursuing victory on the back of a snail is a goofy way to try and win, but your team will have to act as an armed guard while one player inches the gastropod forward. There’s a counter to every situation, it seems, and the key to consistently winning is learning how to shake things up. 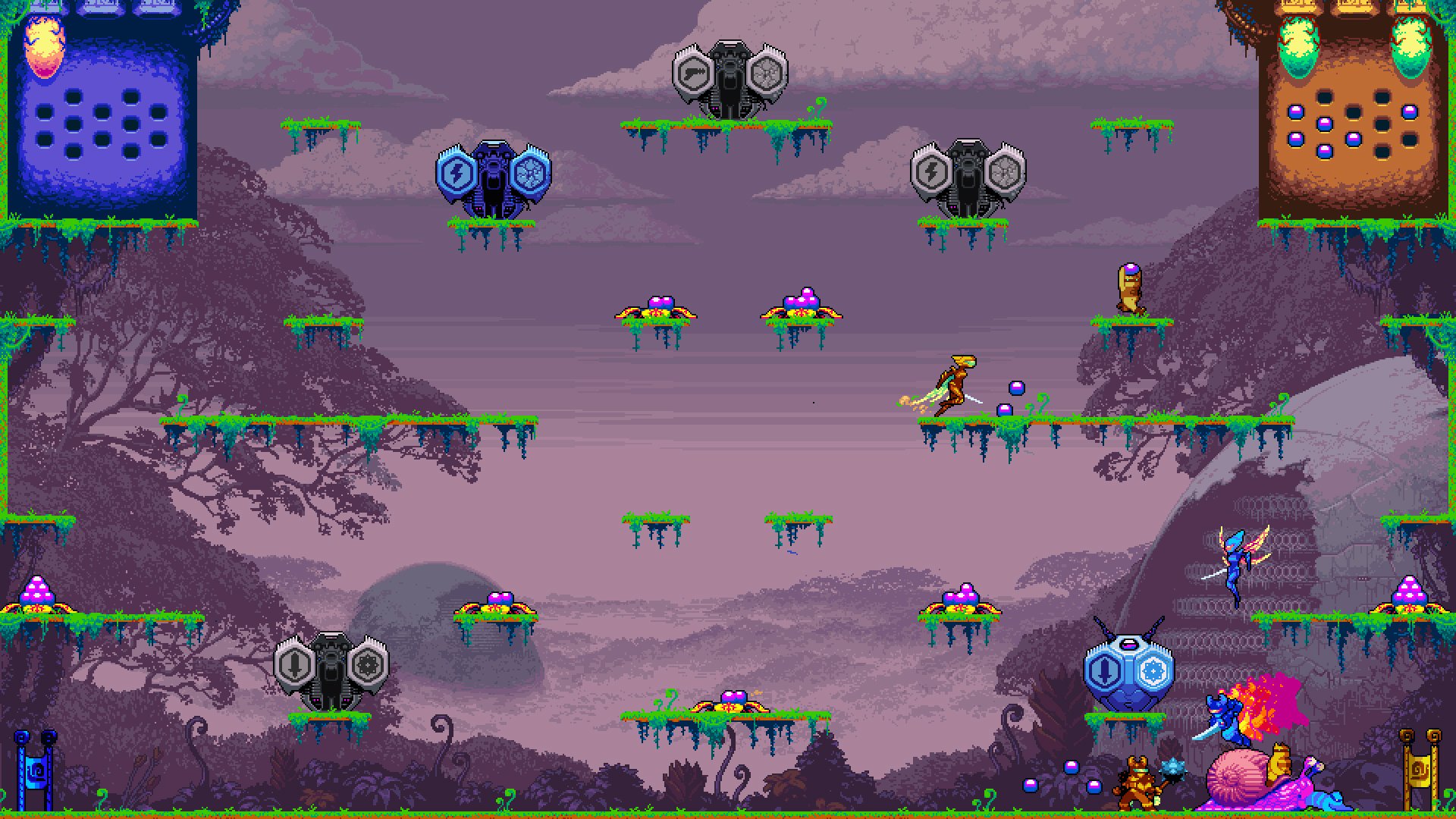 For as easy as it is to dive into Killer Queen Black, my hands-on time made it abundantly clear that the game has a high skill ceiling. I floundered my way to victory during my first match, carried by three other players much, much better than me. Even though I was acutely aware of how useless I was during that first match — E3 jitters and all that, you know — I spent the entire series either laughing, shouting, or a mix of both. I fared better in subsequent rounds when I focused on transforming my drone into a sword-wielding warrior hellbent on killing the other team’s queen.

Killer Queen Black is the kind of game that’s best learned on your feet; you’ll suck and lose, and it won’t matter because it’s fun as hell. And then, somewhere between your first match and your hundredth, you’ll probably be either Super Good or Just Okay. Either way, you’ll have had a good time.

If it sounds like I’d rather talk about Killer Queen Black with vague words about what it’ll be like down the road than really describing my session, it’s because after playing a handful of matches, I’m thinking about the future where Killer Queen Black is the go-to party game. With its planned launch on Switch and Steam in early 2019 with four different modes (quick play, ranked matches, custom games, and Arena, which requires a special ticket to enter) I fully expect people to be constantly buzzing about Killer Queen. Trust me, it slaps.