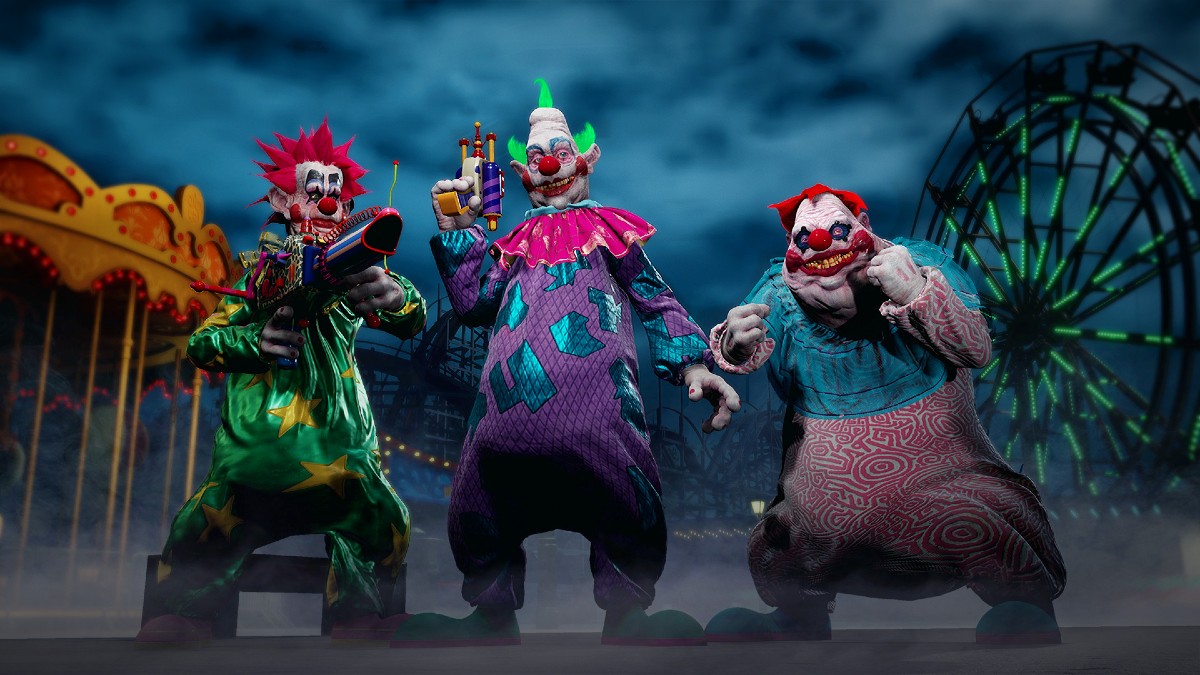 Meet the roster of Killer Klowns

If you can’t get enough of some creepy clowns, you’re in for a treat — a new trailer for the Killer Klowns from Outer Space: The Game just dropped, and it’s got all the spooky, grotesque weirdness we’ve come to love and expect from such an IP. The 50-second teaser doesn’t give much of anything in terms of gameplay footage, but it does introduce us to the cast of Killer Klowns in the game’s lineup (hence why it’s titled “Meet the Klowns”). This trailer gets us up close and personal so we can get a better look at the Klowns’ character models, as well as their weapons — one of which is the iconic popcorn gun from the 1988 film.

This is our first in-depth look at the gameplay classes of Klowns players will face up against in the game, whose names are Trapster, Tracker, Scout, Fighter, and Tank (and anyone familiar with role-based multiplayer games can probably guess what those classes might play like based on their names alone). The official Killer Klowns from Outer Space: The Game website has a full rundown of each class, the character associated with it, and what to expect from each of their kits, so make sure to check it out if you really want to dig into the details.

Killer Klowns from Outer Space: The Game was announced at Gamescom Opening Night Live back in August of last year, and long-time fans of the movie were thrilled, including some of us here at Destructoid. It’s a 3v7 multiplayer horror game, where players take on the role of either townspeople who must defend their home of Cresent Cove or the evil alien clowns who are hell-bent on destroying it. The development team at Good Shepard Entertainment also includes the executive director of the Friday the 13th game Randy Greenback, who will be serving as the executive director of Killer Klowns from Outer Space: The Game as well.

The only news we have regarding a release date is that the game should come out sometime in 2023, but in the meantime, you can wishlist Killer Klowns from Outer Space: The Game on Steam. If you just can’t wait, you can also join the beta via the official website as well.