Maya is one of my new favorites

Although it had a few issues in terms of content, Killer Instinct on Xbox One was actually a good game at launch. Since then, I’ve taken a look at both Spinal and Fulgore, and found them to be a great addition to the already well balanced cast.

After Double Helix flew the coop, the game’s fate looked rather iffy until developer Iron Galaxy took over the mantle. The changing of the guard would leave anyone on edge, but IG has done well by Killer Instinct with the Season 2 update, bringing in two new characters and a brand new UI. 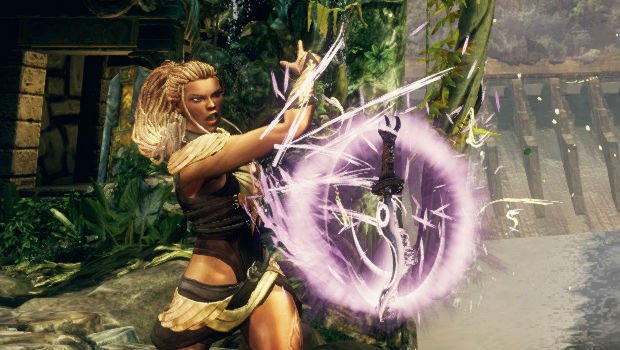 To dispel the notion that Microsoft is “ripping people off,” you can get the entire base game so far (read: Seasons 1 and 2) for $40 ($20 per Season), including every character that’s been released and the upcoming Season 2 fighters.

While 16 [eventual] fighters is a fairly low count compared to many other games in the genre, Killer Instinct manages to make every combatant feel unique and worthwhile. There are no clones or wasted roster slots. You can also still download the game for free and play one character a week. It’s a good deal in my mind, as strong mechanics ultimately outweigh “more fighters.”

If you spring for the Ultra upgrade you’ll get a number of extras (mostly costumes), as well as a Killer Instinct 2 arcade port, complete with local and online play. I had a chance to test it out and much like the port of the original game in the Season 1 Ultra kit, it plays great and has an incredible amount of stuff packed into a gallery mode.

So how is Season 2? The first thing you’ll notice is the updated user interface, which makes it easier to get around the game’s various modes and unlocks. Progression isn’t tied to online ranking anymore (which solo players should really dig), and everything has a much better explanation attached to it — like the enhanced movelists in training mode. Every mode now contributes to unlocks, thank goodness.

There is a new “boost” system (read: microtransactions), but they are completely optional, and you’ll be unlocking things at a faster pace than before. It’s a non-issue for me. Of course the biggest add-ons are easily TJ Combo and Maya, returning from their graves as classic characters. Riptor and Cinder are confirmed so far (and will arrive in the future), as are four all-new characters.

It only took me ten minutes to see that TJ Combo is a great addition to the game, especially given that he feels difficult to master. A lot of his combos are unconventional and require precise timing, but he has a way of making the best of just about any close-combat situation. His new character model also fits the game quite well, and Iron Galaxy didn’t need to go over-the-top in this instance. Combo’s new level also has a “Stage Ultra” finisher attached to it which should please old-school fans, but sadly it’s the only one with said ultra capabilities so far.

Maya however is one of my favorite new go-to fighters. Her entire gimmick revolves around her two daggers, which can be thrown in tandem or one at a time, and depending on the situation, drop on the ground similar to Vega’s claw. Her combos are fast and her openers are plentiful, leading to a lot of cool-looking moments, particularly with her shadow moves. She’s quickly been deemed the new “scrub” character, but like any other combatant she has counters and is easily manageable if you know what you’re doing.

While it’s tough to really say whether or not the remaining six fighters will be worth the price of entry, Iron Galaxy has proved its worth in terms of picking up the slack on Killer Instinct. If you’re curious, give TJ Combo a shot this week, as he’s free.