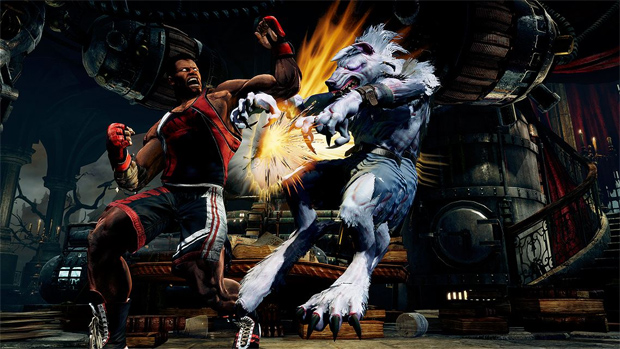 I genuinely like the trailer music in this specific setting

Iron Galaxy took over continued development of Killer Instinct for Microsoft following Amazon’s acquisition of Double Helix earlier this year. We’ll get to see what the studio has come up with starting tomorrow when the first content of Season 2 releases for Xbox One.

Eight characters are planned beginning with Maya and TJ Combo this week, with the rest — Cinder, Riptor, and some all-new fighters — joining the roster on a monthly basis. Iron Galaxy has also revamped the user interface, added and rebalanced moves, introduced a new ranking/leveling system, and managed to raise the game’s resolution from 720p to 900p. Nice bonus.

Similar to Season 1, pricing varies here. If it’s just a single character you want, they’re $4.99 individually, or you can buy all eight for $19.99 in the Combo Breaker Pack. Then there’s the pricier Ultra Edition, coming in at $39.99, which includes every Season 2 character, 16 accessory sets, eight exclusive costumes, and a port of 1996’s Killer Instinct 2 featuring online multiplayer.

Or, and this is great for people who have a more casual interest, you can play Killer Instinct for free if you’re fine with using the rotating character. During launch week, it’s TJ Combo, so that works out in our favor. Curious to see what the “battle-hardened war golem” fighter looks like.

C-C-C-COMBO! Killer Instinct is Back and Better than Ever with the Launch of Season 2 on Xbox One [Xbox]