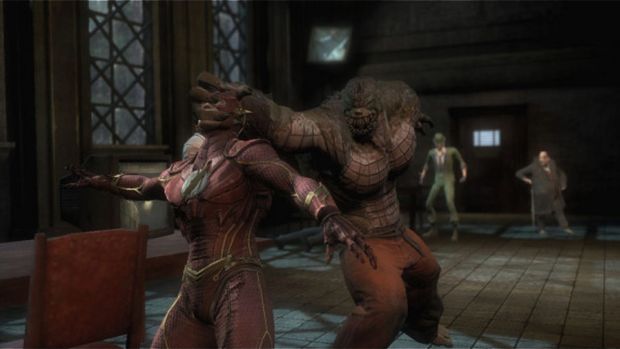 [Update: Killer Croc is not a playable character — he’s a stage hazard.]

Yup, that crocodile monster thing from the Batman series will be a playable character in Injustice: Gods Among Us. Ed Boon Tweeted out the image of Killer Croc grabbing Flash by the head, ready to mess up the speedy hero.

Additionally, you can see The Riddler and The Penguin off in the background. Will they be in the game too? If they are, wow. They’re going to have the most boring move sets ever.

Images of Killer Croc, Penguin, Riddler and Bane’s alternate costume in Injustice: Gods Among Us [Via Event Hubs, thanks, Jon!]