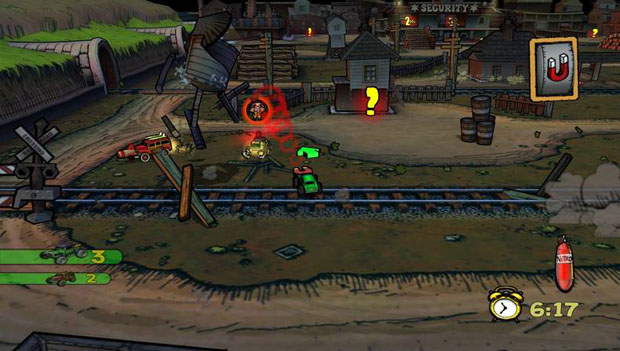 That’s it. I will end my life now. I can’t play Calling All Cars online anymore. What’s the point of living?

I’m kidding. I played the demo like three times. It was fun, but I never played it again. It didn’t have enough numbers coming out of heads for me. Those that are still playing and enjoying David Jaffe’s little PSN game will be sad to hear that the servers are going to shut down early next year. Boot up the game and you’ll get the following message:

On January 14, 2010 the servers for Calling All Cars will be taken off-line. We would like to thank ya for yar support.

I guess I’ll stay among the living for a bit more and kill myself on New Year’s Day, then.