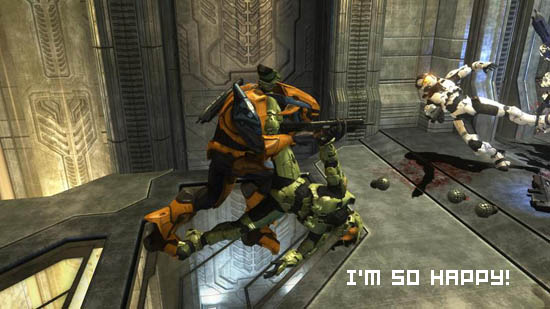 A recent study in the journal Emotion gives the results of a test that tracked the emotions of gamers playing a first-person shooter. What’s surprising is that the tested gamers seem to have their emotions all mixed up.

As you’d guess, James Bond caused emotional responses, but they seem a bit backwards from what you’d expect. The study said that “instead of joy resulting from victory and success, wounding and killing the opponent elicited anxiety, anger, or both.” The victims responses were equally surprising: they appeared to respond positively to being killed. Ah, sweet death! Super Monkey Ball was a different story; the game’s successes brought about positive responses.

And why were the successful players bummed by their frags? Anxiety and anger? These people are unlike anyone that I’ve gamed with!

What’s really confusing to me is that there was any positive response to Super Monkey Ball at all. That game makes me want to kill every time I play it.