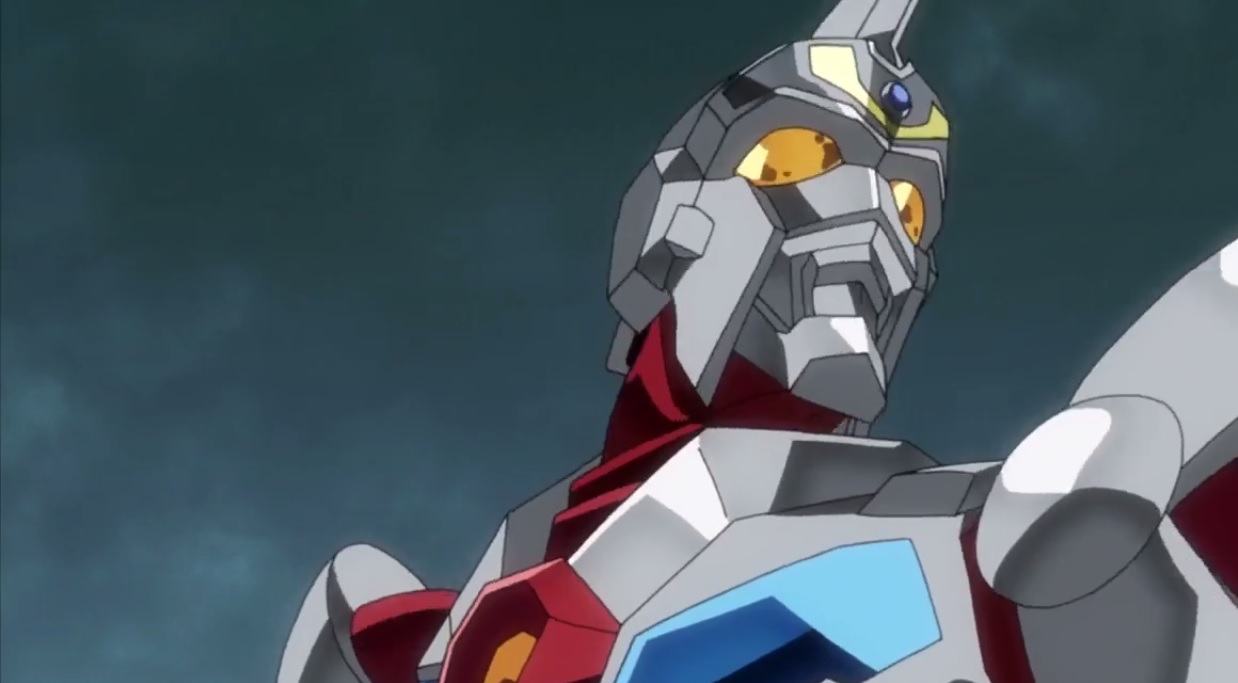 Syber-Squad fans are in for a treat

There comes a time when two amazing things come together to bring us a phenomenal product. This principle applies to when a group of machines combines to become one badass giant robot.

While we’re on the topic of glorious combinations, Studio Trigger (Kill la Kill, Little Witch Academia), the anime studio that was founded by some of Tengen Toppa Gurren Lagann’s key people, announced at Anime Expo ’17 that they joined forces with Tsuburaya (the Ultraman franchise) to work on a new anime of Denkou Choujin Gridman, the show that was adapted into Superhuman Samurai Syber-Squad in the West.

At the moment, the only thing that we know about the project is that Akira Amemiya (Inferno Cop and Ninja Slayer’s Series Director) is directing the new Gridman anime, along with the anime being an original title. In other words, this means that it won’t be connected to Tsuburaya’s tokusatsu series. With the project’s whole title being Superhuman Samurai Syber-Squad Gridman, something tells me that it’ll appeal to fans of the original series and the Americanized version.

Since the Amemiya and Trigger worked on a Gridman anime short in 2015, this sounds like another chance for us to watch another animation with giant warriors and robots fighting against large monsters in cyberspace.

As for their other projects, Trigger is working with XFlag, the studio behind the anime titles based on the Monster Strike mobile game, to create an original piece called Promare. The big thing about it is that Hiroyuki Imaishi (Gurren Lagann and Kill la Kill’s Director) and Kazuki Nakashima (Gurren Lagann and Kill la Kill’s Series Composition) are working together on this production. That, and the team has been working on this piece for four years.

Other than that, the anime will feature a tone that’s similar to Gurren Lagann and Kill la Kill. With Shigeto Koyama (Big Hero 6’s Concept Designer for Baymax, No More Heroes’ Mecha and Weapon Designer) handling the anime’s promotional illustration, I’m certain that it’ll knock our socks off.

Last but not least, Trigger and A-1 (Sword Art Online, the Persona 3 movies) are working on a sci-fi anime TV series called DARLING in the FRANKXX. While they only revealed that Hiroyuki Shimizu (Record of Lodoss War Episode 3’s In-Between Animation, Persona 3 the Movie #1’s Production Cooperation) is a part of the team, they mentioned that the reveal of the anime’s other members will leave us with a huge surprise. The good news is that this information will launch on July 5, which isn’t too far away.

With all said and done, Trigger is off to an interesting start with their upcoming projects. Since the Little Witch Academia game is heading West, this sounds like a perfect time to be a fan of the anime studio. As a person who enjoyed each of their productions, I’m looking forward to seeing how they’ll handle their upcoming works– especially Gridman’s action and combination sequences. Until then, let’s hope that we get to hear about their release dates soon.