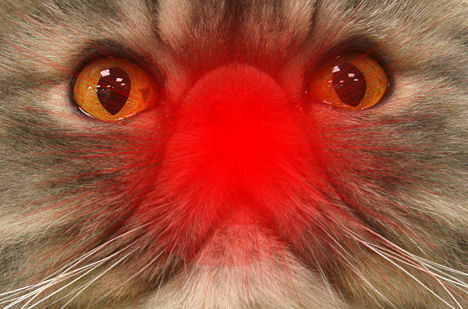 I know some of you are sick of the “videogamers who do crimes” angle, but this one’s just a bit too eyebrow-raising not to post. It involves a cat, a microwave and two teenagers who wanted to combine the former with the latter — so they did. The relevance here (as if cat cooking wasn’t worth mentioning in and of itself) is that the Alberta residents responsible for this cruelty have been banned from violent videogames for a year as part of their punishment. What?

“Two Alberta teenagers who killed a family’s cat in a microwave – a crime that drew outrage from animal lovers around the world – have been banned by a judge from owning animals for at least two years.

They’re also barred from owning or playing violent video games for the next year.”

“According to court-ordered psychological assessments, video games were not found to have directly encouraged the boys’ actions.

But barring their access to such games was nonetheless a recommendation put forward in the assessments.”

In addition to the pet and game ban, the kids are being forced to undertake counseling with a forensic therapist and and will be under a curfew from 9pm to 6am every night. Thanks to the animal ban, the family of one of the teens now has to get rid of their dog, which they apparently bought while the boy was facing these charges. They get no jail time, but one teen has had to relocate to avoid the threats and outrage. Animal rights activists also vow to smash in some faces over this.

The cat, Princess, belonged to vacationing homeowners who had their house broken into by the boys. Princess was said to have been cooked to death, while screaming, for ten minutes. Someone then wrote on the kitchen cupboard: “The cat is in the microwave. Nice cat. You had a nice cat.”

Yeah … not sure they should be banned from violent games, but keep them the Hell away from Viva Piñata.