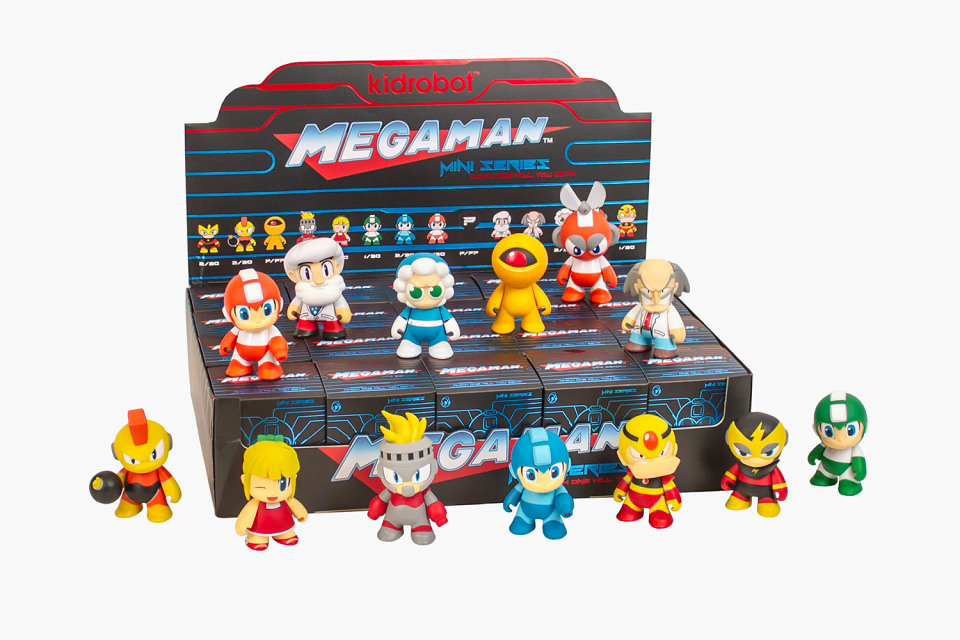 After a nebulous “summer” release date for the Mega Man Kidrobot toy line, we now know some final details. They will be released on August 4, with individual boxes to go for $5.99, and complete sets will run you $49.99. Medium-sized figures, keychains, and miniatures will be priced differently, but that’s apparently the baseline. When August 4 hits, they’ll be available on Kidrobot.com.

I’ll have to think about this one. I have enough Mega Man merchandise as it is but a few of these are tempting.