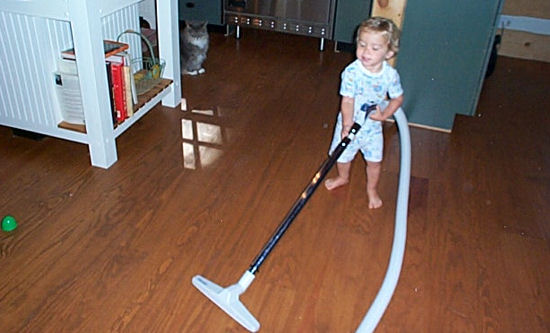 I love it when some snotty punk kid gets taken down a peg or two, and the mother of one particular teenager has truly delivered. The boy was expected to perform chores, but he had other ideas. Rather than do something to earn his sordid keep, he decided instead to break the vacuum cleaner so he didn’t have to do any work. Well, his mother decided that an eye was worth an eye, and is now selling his Xbox 360 to pay for it:

My son seems to think everything should be handed to him on a silver platter, so the XBOX is going bye bye. I do have an assortment of games as well, that I will sell for $15 each.

Price is firm, must replace vaccum that he broke thinking that would get him out of having to do chores.

In all seriousness, this mother is taking no crap from her son and is showing him that if he wants to act like a jackass, there will be consequences. If more parents did this rather than blame outside sources for their brats’ bad behavior, we’d be living in a much, much better world.  Kudos to that woman.