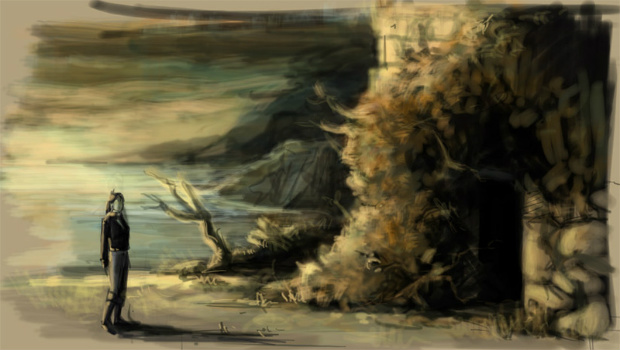 If you’re a fan of adventure games, then you’ll probably already be well aware of Jane Jensen, creator of the incredible Gabriel Knight series. For the last eight years she’s been working on casual titles for Oberon Media, but now she’s returning to her roots. Along with her husband, composer Robert Holmes, she has founded Pinkerton Road. This new studio will focus on story driven adventure titles using the model of Community Supported Gaming (CSG). At the moment Pinkerton Road is looking for $300,000 by May 19.

Yesterday, I got the chance to have a chat with Jane about her new venture, the three game concepts she’s been working on, and the CSG model. Of course I asked about Gabriel Knight, too. 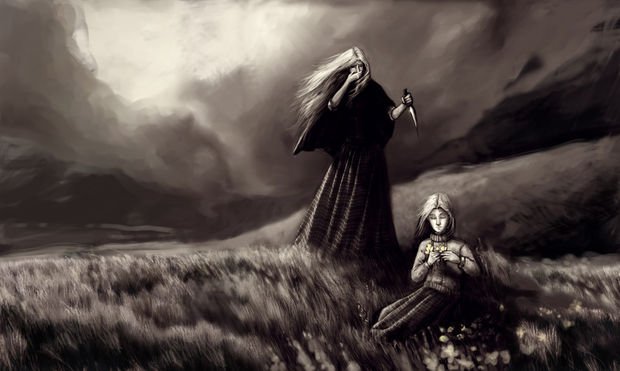 When I spoke with Jane, the counter on her Kickstarter page sat at $51,000, it’s now at $73,000. She admitted that it’s a fairly nerve wracking experience, watching the counter and hoping that they meet their target by May 19. I asked her if she was feeling optimistic. “It depends on when you ask me. It’s been a day and a half and we’ve got a sixth of what we asked for. It’s not bad. We also set it to be a 45 day campaign, because there’s magazine that comes out on May 10th that has an article about it, we wanted it to be up for a few days after that. So, we do have a little bit of time… I’m feeling optimistic, except when I’m not.”

The genre has been getting a lot more attention of late and it’s been expanding a lot over the last few years. “I think it’s a great time to do adventure games, right now. I think the casual game market that I’ve been involved with has been getting more adventure-like and I think it’s a good time to say, you know what, let’s take a big step way over here and do an actual adventure. The old school stuff is coming back as well, it’s kind of diverging from a lot of different places; that adventure games make more sense again.”

There are quite a few developers using Kickstarter to gain investments, ever since Double Fine had a massively successful campaign there seems to be a new one every day. However, it would be unfair to assume they are all jumping on a bandwagon. I think that, as we see more campaigns starting up, the process will become more competitive and developers will have to offer more unique rewards to really stand out. Pinkerton Road has plenty of reward tiers from $16 to $10,000. There are nine tiers in all, each with quite a few things to entice supporters.

“One of the things we were offering that we hoped would be well received is that we’ll be doing regular video updates after Kickstarter on… here’s what the studio is doing this month, here’s some new art we have, here’s how this project is going and here’s this puzzle, sort of making people feel more like part of the studio. I’d like to do a survey to find out what people are actually liking, because the $100 level is going really well, I’m not sure exactly why, maybe because we offered a PDF of the design bible. I’m curious to find out which of the goodies people relate to and which they don’t. Beta testing is another one I think people would be really interested in, because they get to see the games early.” 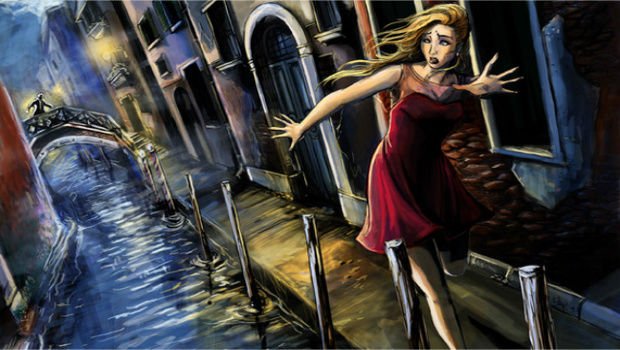 Pinkerton Road has three game concepts: Gray Matter 2, the sequel to the 2010 adventure mystery; Moebius, a metaphysical thriller in the vein of Gabriel Knight; and Anglophile Adventure, a pastoral romp around the colorful British countryside inspired by British period dramas. Anyone who pledges $16 or more will be able to vote on which game they’d like to see produced, the voting takes place on April 14-15.

As a Brit, I was especially interested in her choice to create a period adventure game set in England. “It probably sounds pretty stupid to you, I’ve always loved Jane Austin and Thomas Hardy and, you know, Merchant Ivory and all those very British period pieces. For example, Downton Abbey has been huge recently. I’ve kinda always wanted to do a game set in that period, but lately it’s come more to the fore… The idea is that it would have a modern update spin on some of those classic novels, not totally a romance, but definitely some romance elements and I always have to work mystery in there somewhere. It’s what I know how to do and it’s great for puzzles.” Apparently it will be something of a gothic mystery set a midst the green, rolling hills of the Cotswolds, featuring a buxom heroine called Evangeline. Expect sex, scandal and ghosts.

Right now PC is the focal platform, but Jane seemed interested in looking at other options as well and tablet is something she’s really keen on. “I think that we’re most interested in tablet, because I think that’s a really good market for adventure games. A lot of people buy tablets to read books and so I think there’s a good crossover with that kind of audience and adventure game players. We can find a good way to reach out to them and make them aware of our products. They just work really well on tablet.” I’ve never really gelled with tablets, but after trying Machinarium on a friend’s iPad I could certainly see how they’d appeal to the adventure game market. The tactile nature of the platform lends itself really well to the interactivity of the genre. 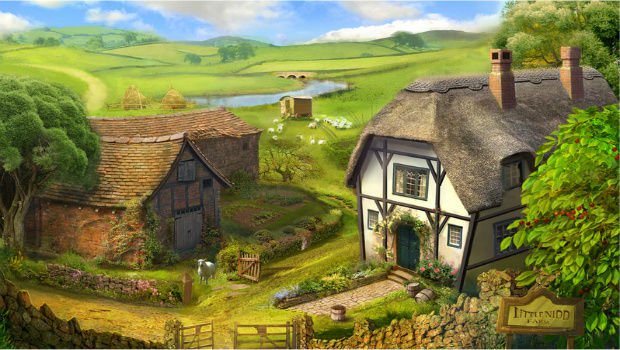 Pinkerton Road’s games will have two options at the start, “casual” and “true adventure.” Jane explained to me how this feature will work. “Well I have some ideas for the casual version; maybe a simple quest system that helps lead people through it, similar to what you see in Facebook games. I think there are some people who just want to totally relax and don’t want to wrack their brain… they just want to experience it. The nice thing about having the two options allows us to make the true adventure path as really uncompromising and not using a whole lot of hints, with proper puzzles because if people choose that option, then that’s obviously what they are interested in.” Jane favors tougher puzzles, but due to her recent experience in the casual market she clearly has some sympathy for those that don’t want to put too much thought into a game and just want to enjoy the story. It’s not common for a developer to be able to appease both the casual and not-so- casual markets, but this may be one of the times it works.

During most of the interview I was trying very hard to not pester Jane about Gabriel Knight, which is one of my favorite adventure game series. At the end of the interview I decided to mention it anyway, I’m never going to stop hoping we’ll see another installment. “I’ve tried that [to get access to the IP] a number of times over the years. I have several pretty developed pitches that I’d taken to them at one time or another. Sometimes it just depends who is actually sitting in the licensor chair at any given moment and I’ve never caught that right moment, when it’s the right person sitting in the chair. So I think from my most recent discussions with them… they’re going to want to see we’re established and we’ve shipped a product. So I think there’s a good chance of that happening maybe next year.”

So if getting a couple of interesting adventure games from one of the industry’s finest isn’t a good enough reason for you to support this Kickstarter campaign, maybe getting another Gabriel Knight game is. Either way, I’m excited to see what comes out of Pinkerton Road and it’s good to see Jane Jensen returning to the genre.