Although the Kickstarter failed, the project succeeded

Once upon a time, gamers Daniel Lanciana, Matt Turk, Sinister1, Daniel Teixeira and Adelikat started a Kickstarter. With a goal of $25,000, they set off to create an unofficial 240-page encyclopedia covering the original NES Mike Tyson’s Punch Out!!, and some general nostalgic extras. The project spread like wildfire, and the pair had met their goal with the support of hundreds of passionate Punch Out!! backers (including myself).

The only problem was that one little word — “unofficial.” In a devastating blow, after weeks of attempting to contact them, Nintendo stated that due to the “complex rights and ownership issues” involved, they could not sanction or grant a license to the project — thus, it was cancelled, with the money returned to the backers. But the group refused to quit, instead searching for a way to release the project for free. Nintendo recommended that they inquire with an IP lawyer themselves, to which they were shut down again, saying they should “play it safe,” and not release the book at all, even in a free PDF format.

Even still, the passion was not lost, as book contributor Matt Turk recently got a chance to meet with the legend himself, Mike Tyson, and deliver the book in-person. The meeting was by way of Mike’s new one man show Mike Tyson: Undisputed Truth, and the accompanying VIP program, which gave Turk a chance to meet Mike for a few minutes. Without a moment to spare, Matt presented Mike with the book, and asked him a few questions about his Punch Out!! days.

Although Tyson couldn’t really recollect much out of that era, he still thanked him for the book and was apparently genuinely surprised, asking for Matt’s full name, and giving him a sincere “thank you,” after the time had come for Turk to leave. Matt believes that due to this meeting, the project, although cancelled, was a major success because he demonstrated the passion of the Punch Out!! community through meeting the goal, and Mike Tyson himself actually saw the book. 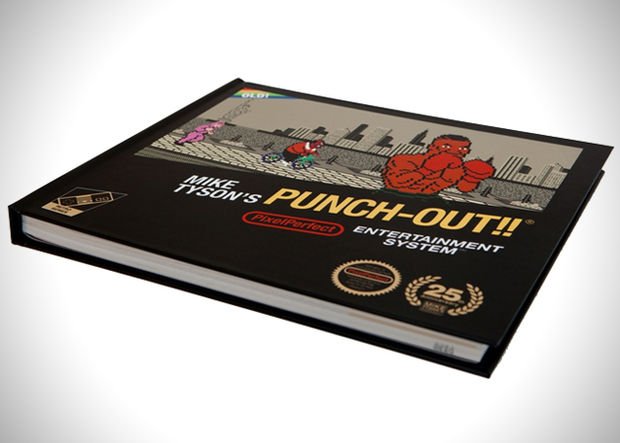 Funnily enough, I had a chance to listen to Tyson this past week on the Howard Stern Show, and he really seems to have changed his ways. I have little doubt that Tyson was actually appreciative of the project, and in that case, Turk and Co. really have a lot to be happy about.