I forgot how much I loved The Wonderful 101. Though I only got to play the upcoming remastered version on Switch for ten minutes or so, it still left me impressed. Some of the puzzles that were specifically designed for the Wii U’s dual screen set up are almost painfully easy on a single display, and I miss the optional touch controls, but those are easy things to look past when a game is this bursting at the gills with other features to gawk over.

Using your team to transform into a ball, then a hang gliders, then a giant sword, and eventually, a giant piece of jello all in rapid succession? Often times it feels like the only thing limiting you is your own imagination, making The Wonderful 101 feel like the best Green Lantern game never made, just begging to be replayed.

From the sounds of it though, we were very close to seeing the last of these underdog heroes. If it weren’t for Kickstarter, and what could be a one-time deal with Nintendo, The Wonderful 101 might have been a one-and-done. 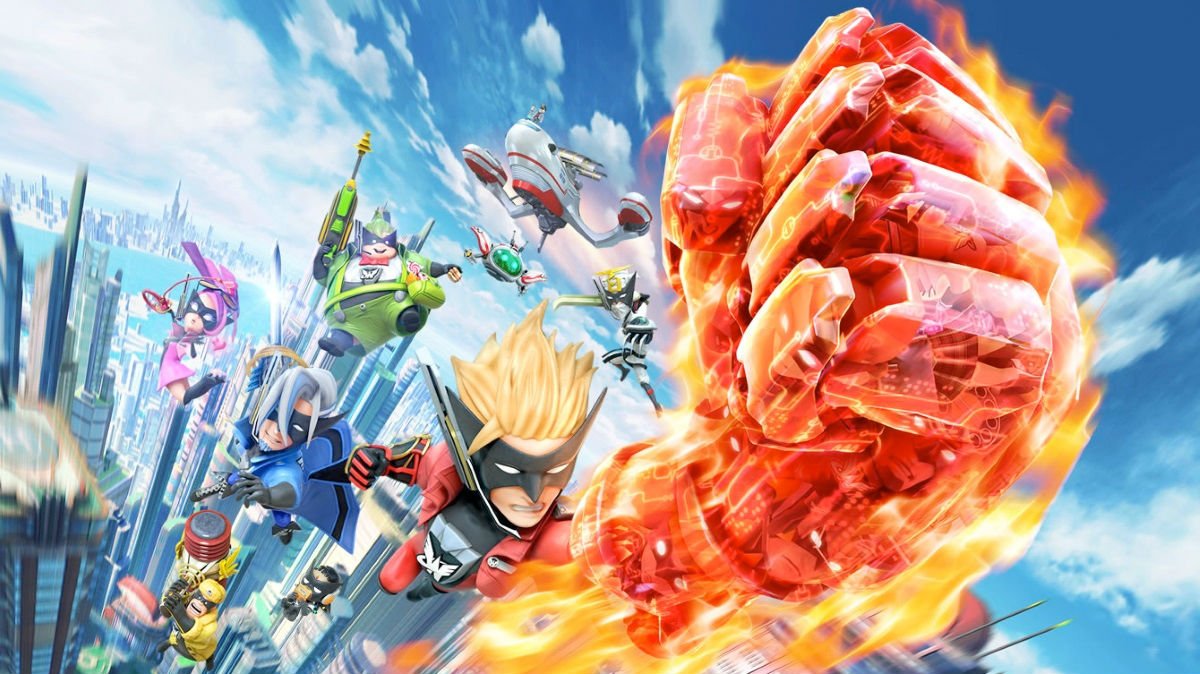 Platinum’s Atsushi Inaba told us “I don’t know when we first started planning the port in theory. I know it was a long time ago, though we only started the programming part very recently. And I’d like to say that if the Kickstarter hadn’t succeeded that somehow we would have released it anyway, but if the campaign had failed, I might have been so totally devastated that I could have just said ‘Forget it, no one wants this, I don’t want to do it anymore.’ But luckily, that was not the case.”

Hideki Kamiya, the game’s director added “The Wonderful 101 means a lot to me, but it’s just one of many projects we’re working on. So if it hadn’t succeeded, I would have just put my focus back to something else.”

So why did the game do so well on Kickstarter while it failed on Wii U? It’s not just because of the console’s low install base. Other new Nintendo published properties, like Splatoon, did very well on the system. One thought is that after failing at retail, The Wonderful 101 took on a kind of underdog status that is a perfect fit for crowdfunding. It’s a game where many people coming together to form something larger than the sum of their parts. It’s the same spirit that makes Kickstarter work.

But does getting millions of yen of support from fans mean that The Wonderful 101 will go on to new adventures? The decision might not be entirely up to Platinum. Many have assumed that Nintendo must have released the I.P. back to its creators, but Inaba couldn’t confirm that, simply stating “Thanks to the kindness of Nintendo, we were able to do this remaster, but unfortunately, we can’t give you any details regarding who owns The Wonderful 101.” I have to guess that if he could tell me that Platinum had regained full rights to the series, he would have.

Regardless of who owns these characters, I’m confident we haven’t seen the last of them. In fact, I’m guessing that they are just the first of many Platinum creations who will be coming back soon enough, maybe even in The Wonderful 101 series itself. Bayonetta, Jeane, Rodin, and even Kamiya himself make appearances in the game, so I couldn’t help but ask Kamiya if there was any chance to see characters from MadWorld, Anarchy Reigns, and Astral Chain in the remaster. He told me “You’ll have to wait for The Wonderful 102 to find out.”