I love me some ‘next gen’ branding

Back in 1996, the Nintendo 64 was an exciting time of innovation and the introduction of 3D graphics for a lot of people. Nintendo partnered up with Silicon Graphics to help develop the N64 and it would go on to have a solid library of games. However, I’d be lying if I told you their idea for a controller was great. I personally think the N64 trident monstrosity is up there as one of the worst controllers nowadays. I still have a hard time adjusting to it whenever I’ve attempted playing an N64 game in recent years.

But thanks to Retro Fighters and their successful Kickstarter, we’re now getting a modern take on the N64 controller.

This new take on the N64 controller dubbed the “Next Gen Nintendo 64 Controller” features a new analog stick, slightly larger “C” buttons, two “Z” buttons re-positioned right below the “L” and “R” triggers, as well as an ergonomic shape, taking obvious inspiration from the Xbox 360 controller. The controller is also 100% compatible with N64 memory cards and Rumble Paks.

The Kickstarter has already surpassed its $30,000 stretch goals for additional color options and the creators are looking to try and keep the cost down “as much as possible, yet not skimp on quality.” 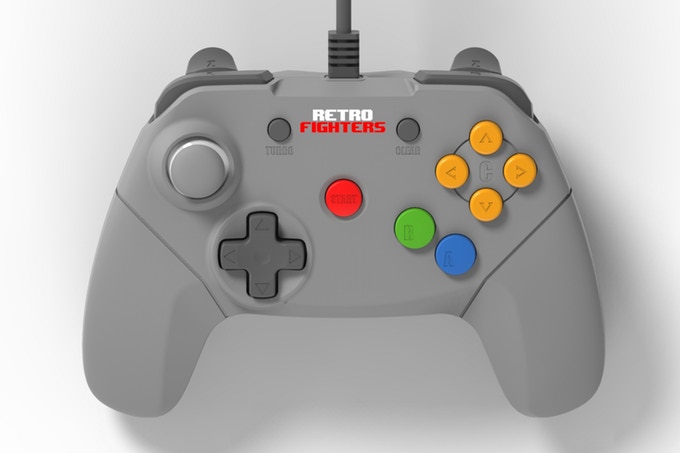 The controller will be available for $20 USD once the Kickstarter has ended and production begins. If you also pledge $45 or more, your name will be listed in the instruction manual. I can only hope the controller lives up to the claim of “not skimping on quality.” At only $20 though, I have my doubts.

But if the controller does end up being half-decent and the N64 Classic potentially becomes a reality in the near future, I sure as hell hope this works on it.