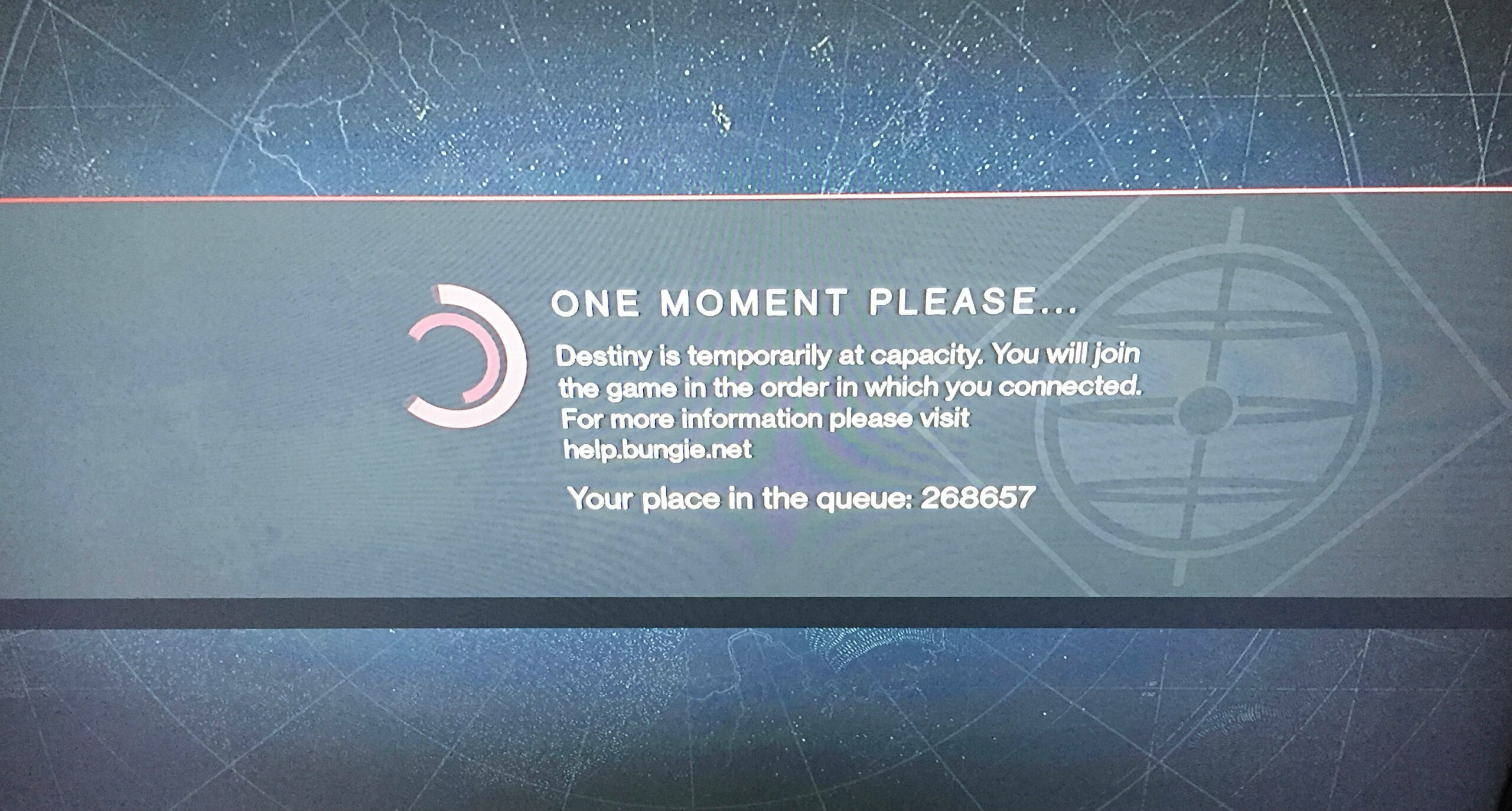 [Update: After two hours things have been smoother, though there are still scattered reports (myself included) of being dropped from the game and connection issues. The worst seems to be over, however.]

The Destiny: Rise of Iron expansion rolled out this morning at 5AM ET.

Well, it was supposed to at least, before it was hit by hundreds of thousands of players attempting to get in at once, resulting in crashes. A few people I know were able to circumvent the bottleneck by staying logged in from earlier this morning, which allowed them to obtain their new rewards from the Postmaster, but then they were promptly kicked and placed into a queue.

A queue, mind, that’s over 200,000 strong, and also has its own set of disconnects. Just a few moments ago I was roughly 500th in line and ready to go until I was kicked and placed at the back. Several folks have gotten in, but for now, I wouldn’t call out of work until all this dust has settled.