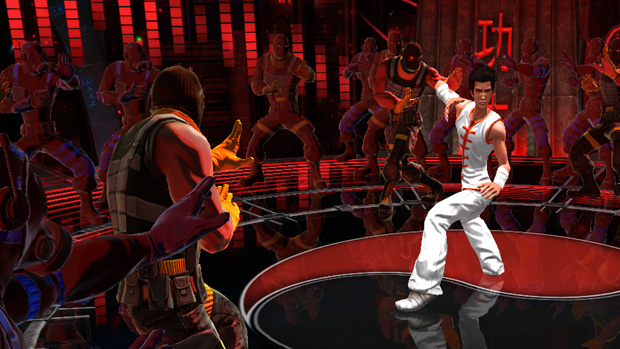 Zen Studios, known best for their Zen Pinball and Pinball FX series, announced today a new title for PS Vita. KickBeat will pair rhythm game mechanics with a kung-fu fighting visual presentation and a soundtrack with tracks from Marilyn Manson, In Flames and Rob Zombie (among others). Instead of arrows and symbols to indicate the next instruction, the game will use combat scenes to deliver cues.

I’m delighted by the idea and hope that the execution can make the mechanics as instantly accessible to a player as a literal depiction of a button. The low barrier for entry is part of what makes the rhythm genre so popular, after all, but those visual elements are also so very much a “game thing” that it will still turn off some folk. Of course, I doubt any of those people would wind up playing a title like Kickbeat either.