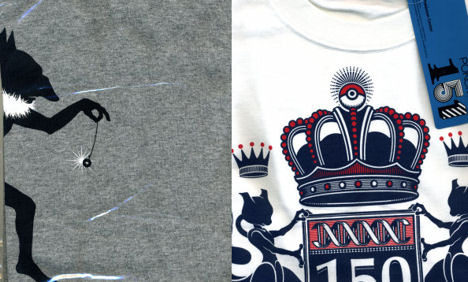 I am under no illusion — Pokémon isn’t for children. Sure, it’s all dressed up like cute and cuddly schoolyard fun, but once you break through the plush surface, you find mystical statistics and arcane knowledge that would destroy the mind of a child in moments. Besides, even adults find yellow mice adorable.

The Pokémon Company (which I still think is a big office full of Mudkips in business suits) realizes that Pokémon isn’t just for kids, and has announced a line of T-shirts with the adult fan in mind. I don’t usually report on apparel and that sort of thing, but these are pretty damn cool, and as a relapsing Pokéfan, I’m tempted to pick them up myself. I also just used the term Pokéfan without a sense of irony. I should be shot.

Under the banner of Pokémon 151, the four shirts so far represent Hypno, Mewtwo, Articuno and Cubone. The latter one in particular is all kinds of sweet.

I’m not ashamed to say DO WANT. Also, stay tuned to Destructoid for some upcoming Pokémon-themed features that reflect my relapse into the world of fictional bear baiting.