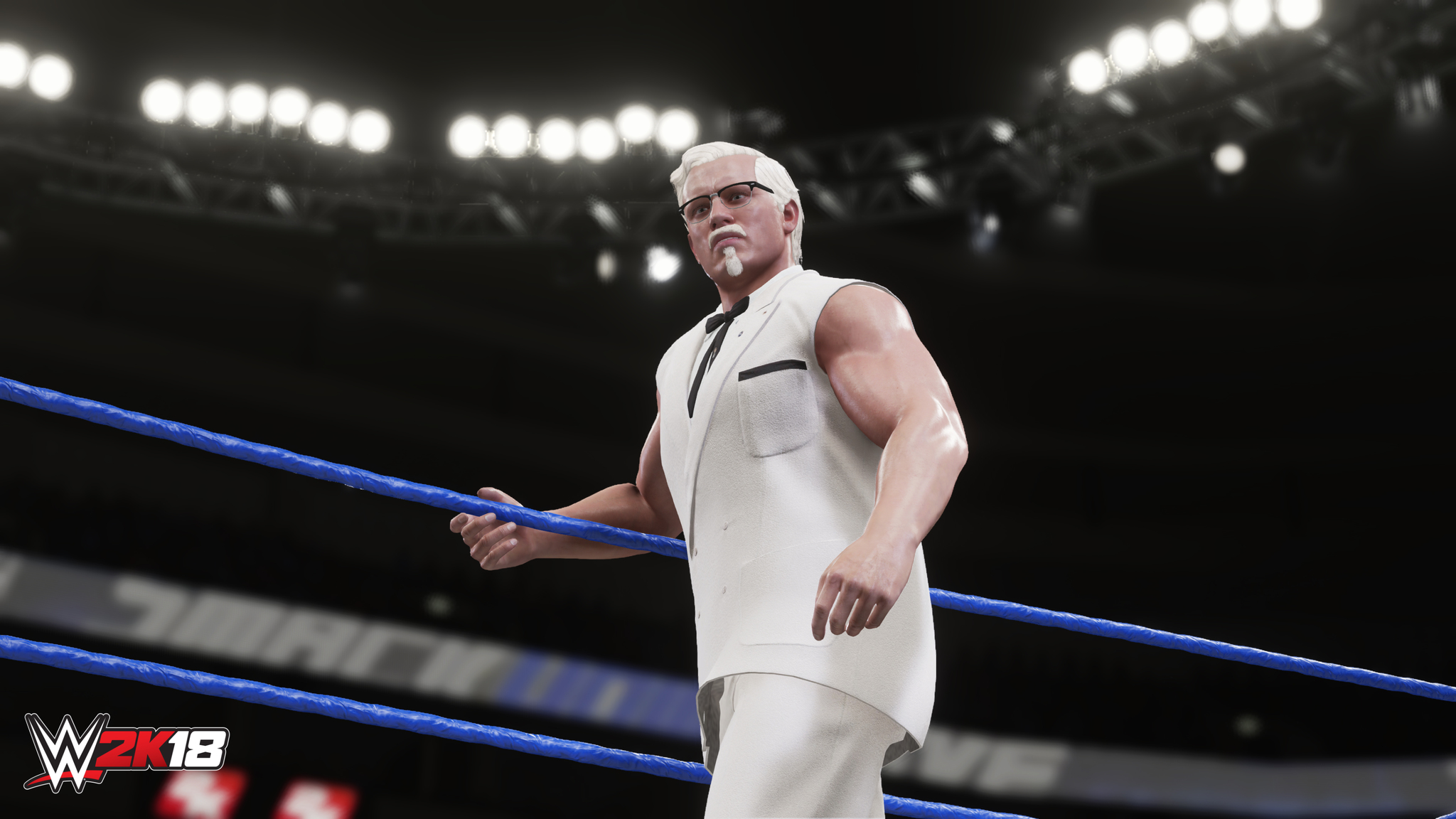 The only thing worse would be being forced to buy KFC

If it wasn’t readily apparent that 2K was willing to whore itself out for a quick buck, then this new bit of news should finally convince you. For some inane reason, KFC’s Colonel Sanders will be a playable character in WWE 2K18. You’ll have to assemble him in “Create a Wrestler,” but this is not a joke. Really, I’m at a loss for what to say about this. While I’d normally find something like this hilarious, the fact that there are sponsored achievements/trophies and now this mega corporate crossover just makes me a little sick (the same kind of sick I get from eating KFC, incidentally).

On the one hand, this is kind of humorous, but on the other, all I can imagine is 2K rolling in a giant money pit while their game gets bent over a table and screwed. Maybe I’m just getting offended because of how often this happens in gaming or maybe I just have too much nostalgia for the old days of wrestling. Its not like WWE has ever shied away from shilling itself out. Even when WCW was still a thing, they would strike promotional deals for pay-per-view events and a really awful movie.