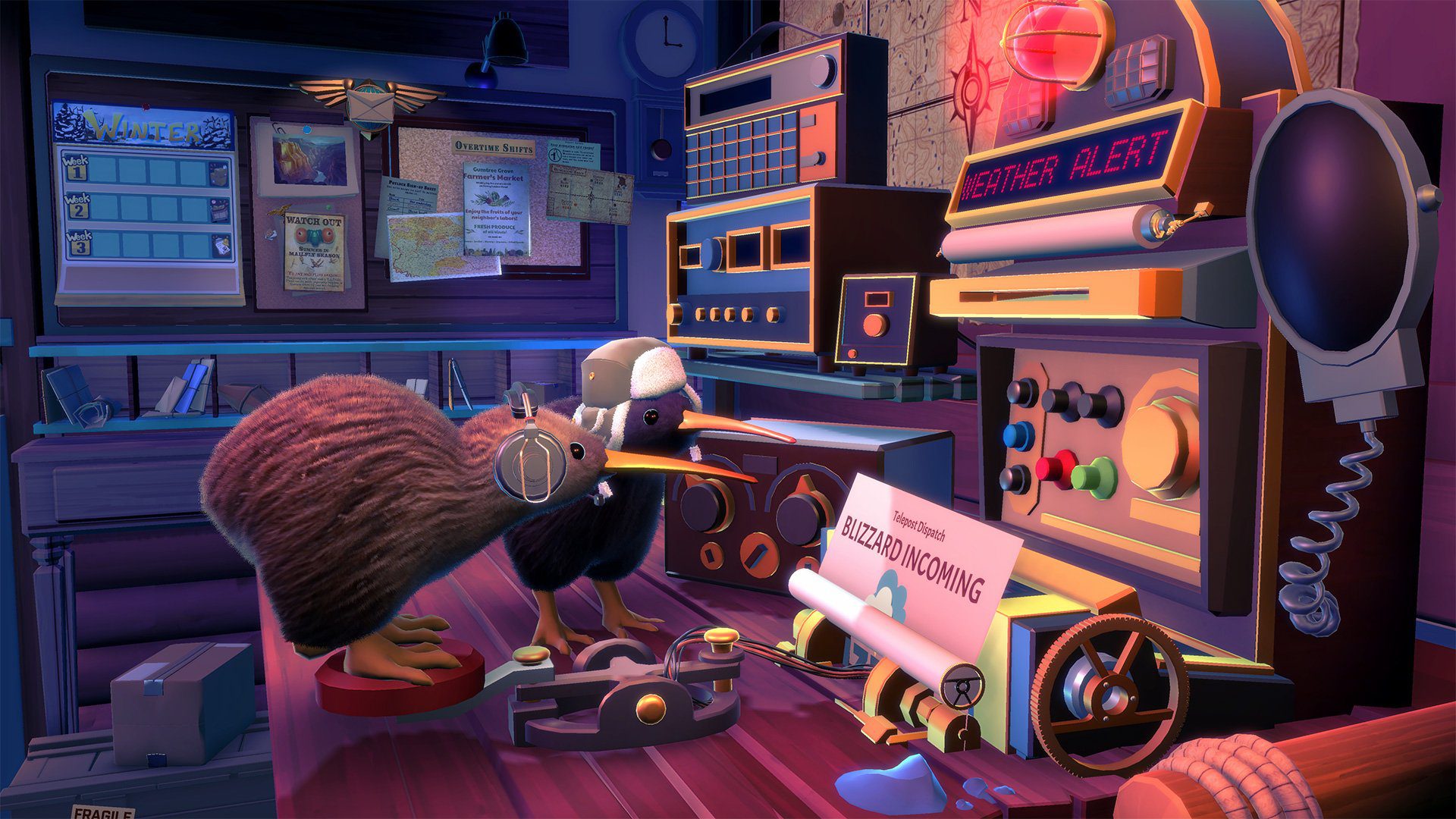 The flightless bird simulator is launching this summer on Nintendo Switch, PS4, PS5, Xbox One, Xbox Series X/S, and PC

I’m always on the lookout for charming co-op adventures, and for a while, I’ve had my eye on KeyWe, a puzzle-platformer about two bumbling birds who must somehow work in sync to run a postal office.

KeyWe was announced as a PC game – far from my preferred co-op platform – but the launch plans have grown more ambitious. With an assist from Sold Out, developer Stonewheat & Sons will also release KeyWe on Nintendo Switch (yay!), PS4, PS5, Xbox One, and Xbox Series X/S in summer 2021.

The latest gameplay trailer shows the chaotic nature of kiwis zipping around to deliver mail, label shipments, and send messages one button-hop at a time. It’s a neat premise in and of itself, but the creative and super-detail-packed environmental work seals the deal for me. I can already tell I’m going to need to customize the look of my bird to be as disgustingly bright and noticeable as possible.

As for multiplayer, it’s online and local, so you should be covered.