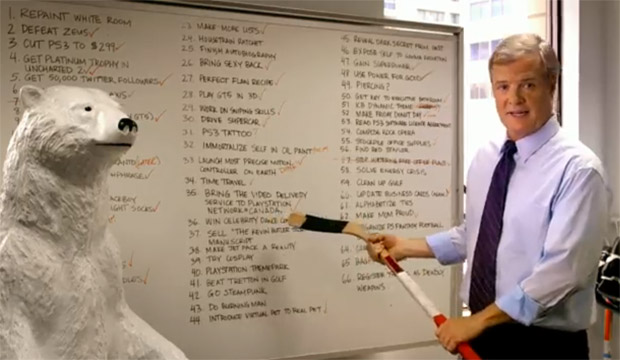 Bridgestone and Sony are still in court

Remember when actor Jerry Lambert and fictional Sony character Kevin Butler literally became the same human being? Those were simpler times. As you might recall, after performing in many ads for the company, Lambert later went on to act in a Bridgestone commercial in which his character played Mario Kart Wii. Sony filed a lawsuit alleging that Lambert had breached his contract.

According to MediaPost, Lambert has settled with Sony out of court. He reportedly acknowledged that his contract meant he could not promote or endorse competing game consoles, and per the terms of the settlement, he won’t be appearing in ads that include “any other video game or computer entertainment system or video game company” for a two-year period.

Apparently, Lambert has agreed to notify Sony with a heads-up before appearing in any game commercials after that period has ended, allowing the company to “assess whether or not Lambert’s intended performance violates [Sony’s] rights in the Kevin Butler character.” For what it is worth, Bridgestone is still in court with Sony over this situation.