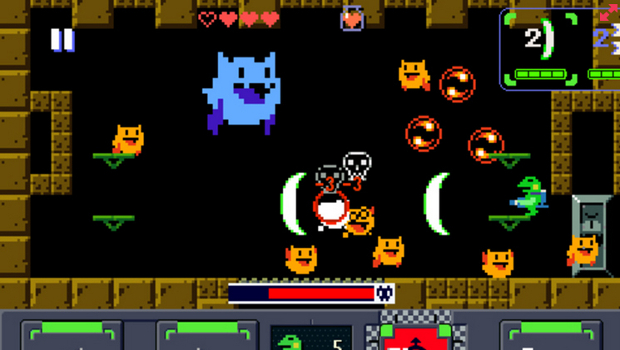 From the developer of Cave Story!

So Kero Blaster is apparently pretty much finished, despite Daisuke “Pixel” Amaya (Cave Story) originally scrapping the entire project (known as Gero Blaster) and doing the whole game over. It stars a businessman frog and his boss, an angry cat woman. Reminds me of Executive Koala.

Cave Story fans might be a bit sad to hear that Kero Blaster is less Metroidvania and more straight up 2D action game (Contra), but stuff it, there are a million and a half Metroidvanias for you to play. Meanwhile, I can’t even get a third Bushido Blade.