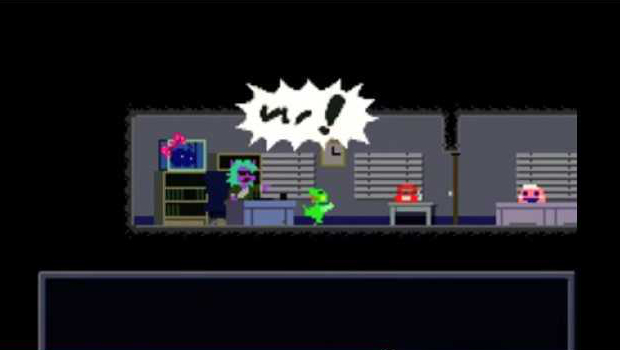 A couple of days ago, we showed you the first trailer of Kero Blaster (formerly known as Gero Blaster), the new game from the creator of Cave Story. It turns out that trailer was leaked so we were asked to take it down, like a premature tadpole too young to leave the jelly egg-sack, snatched up in the jaws of a dastardly wide mouth bass.

That sweet pre-frog may be gone, but lucky for you,  Daisuke “Pixel” Amaya has croaked out new Kero Blaster trailer, release date, and platform announcements to take its place. Kero Blaster will be released in May on PC for $7.99 and iPhone for $5.99. If that’s not soon enough for you, it’ll also be open for public demo at the PAX East Indie Megabooth along with other games from Playism like La-Mulana 2 and Astebreed. That’s just a couple weeks away.

You can bet your boggy bottom that Dtoid will be hopping on Kero Blaster as soon as the PAX East doors open, so stay tuned.