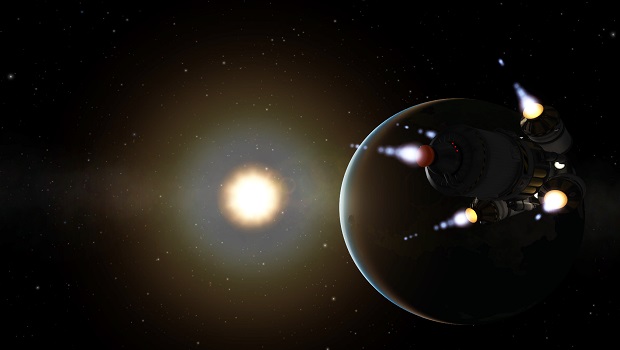 This time your challenge is to land on an asteroid. And not explode

The makers behind Kerbal Space Program are teaming up with NASA to create an educational version of their popular rocket-building sim. I say “rocket-building sim” when KSP is more of a “build a cool rocket and watch it crash in spectacular fashion” sim. With the aid of Teacher Gaming LLC, the team behind KSP is going to make an educational version of the game to promote engineering and science. Oh, and NASA’s 2025 mission to land astronauts on an asteroid.

That will be the goal of a new mission pack that is in development in association with the agency which will challenge KSP players to the limit. What’s put me off the base game (and a lot of Steam Early Access titles) is the seeming lack of any goal apart from the ones you make yourself. With clear missions and set goals, that might offset my wariness.

What’s really interesting about Charlie Hall’s feature on Polygon is finding out that Squad isn’t even a traditional developer — it’s a Mexico City-based marketing company. Lead developer Felipe Falanghe had grown frustrated working on marketing projects and had threatened to quit. However he was given time instead to work on a prototype of Kerbal Space Program and the rest is history.

To The Mun And Back: Kerbal Space Program [Polygon]