‘Go home and be a family man’

It’s 2021. Street Fighter V has been out for five years, it’s receiving its final season of content, and a sequel appears to be on the horizon. What is it like to enter its highly competitive scene in this environment? Is it populated mostly by veterans who will absolutely destroy you? Or is there a healthy base of beginners? Here’s what I learned on my journey through the ranks.

For a little background, I’m not unfamiliar with fighting games. I’ve played plenty casually and got semi-serious about Dragon Ball FighterZ for a bit, but Street Fighter is a different beast. The unique combo timing and ground-based neutral game were foreign concepts to me. I had played it a bit on launch in 2016 but left due to not really understanding the game and a lack of content.

Credit to Capcom though, they have improved the game immensely since then. The new content and mechanics they’ve added have been stellar. Street Fighter V is in a great spot and the community is the happiest it has been with the game in a long while.

But what is it like to actually rank up in 2021? Well, the good news is that, according to data compiled by Reddit user LimitlessCSGOTV, more than half of the players are in Rookie or Bronze. These numbers include inactive users as well but the player base seems to be healthy.

The first ranks, Rookie and Bronze, are practically the same rank as it pertains to skill. Generally, the players in this rank have subpar fundamentals and are making poor risk/reward decisions. You may run into the odd person that knows a combo or two, but past that, their game knowledge is low.

I don’t mean this as admonishment, they’re learning. You have to crack some eggs to make an omelette after all. But mistakes are mistakes and you can rise through these ranks quite quickly by taking advantage of them. These players will constantly whiff heavy buttons, leaving them vulnerable. They’ll sweep frequently, allowing you to counter sweep or even get a bigger punish depending on spacing. I highly recommend learning a small punish combo, or at the very least, pressing your fastest button so that you can take advantage of these situations.

Throws are also incredibly powerful in this rank because people don’t know how to deal with them. There’s a technique that can help with this, however: “delay teching.” Delay teching is when you slightly delay pressing the throw button in situations where you would have to guess about defending from an attack or a throw. Delay teching allows you to cover both options.

Basically, if your opponent presses an attack button you will block and the throw tech won’t come out as you are in block stun, but if your opponent opts to throw you the tech will come out just in time to cancel the throw, leaving you safe. To practice, set up a dummy recording in training mode. Set the dummy to attack on one recording and set the dummy to throw on another. Practice the timing of blocking while pressing the throw button so that you aren’t hit by either option. Master this and you will seem like a brick wall to the other players in Bronze.

By far the biggest issue I see people in Bronze make is jumping in far too frequently. Seriously, if you learn to anti-air consistently you will be out of Bronze in no time flat. Just playing a bit slower and more reactive will yield marvelous results. At this rank your opponent will hang themselves, you just need to supply the rope. 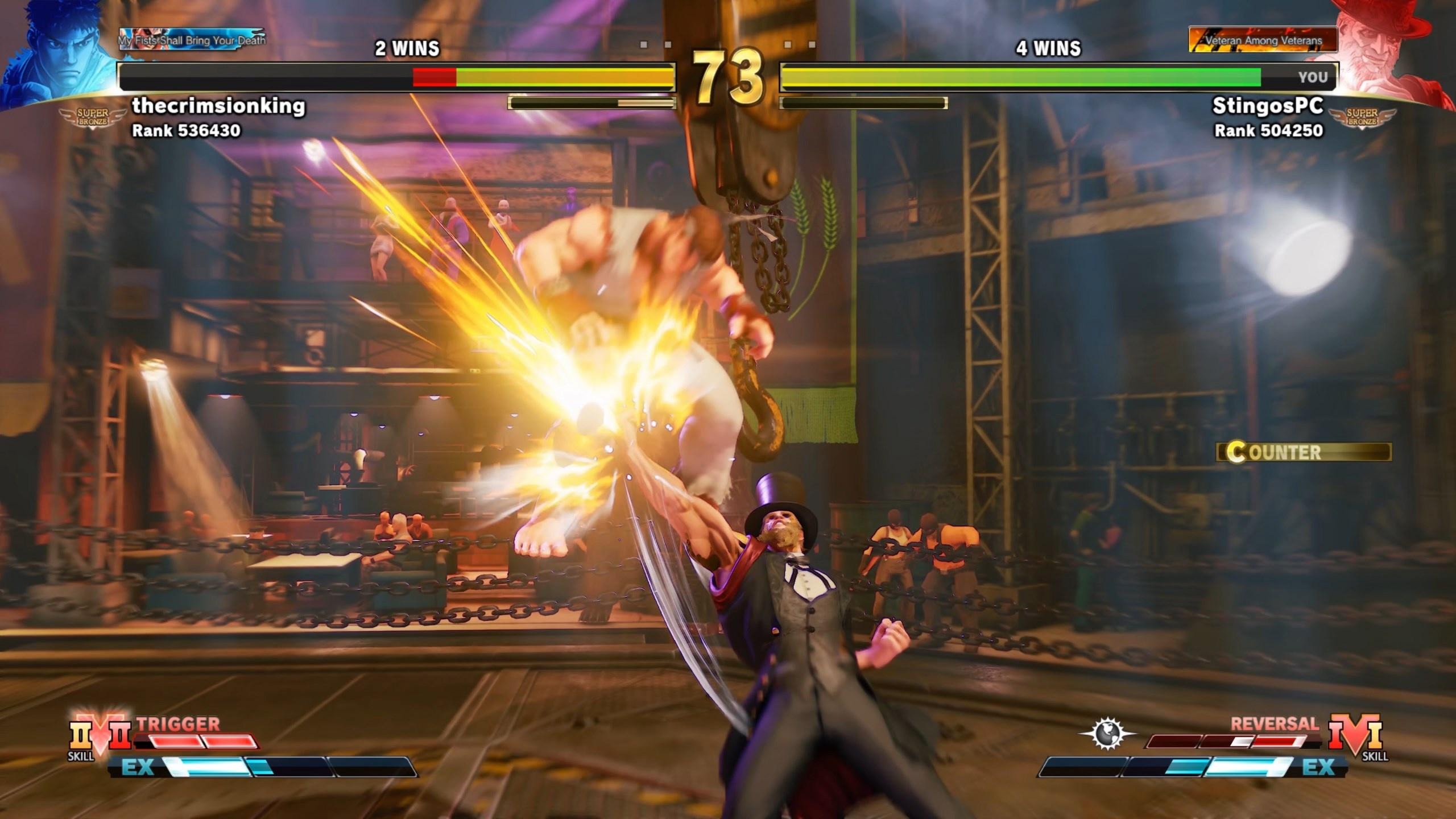 Most of the tips that applied to Bronze still apply to Silver, to a lesser extent — anti airing will get you far, but don’t be surprised if the opponent starts to adapt. Players will often overextend. They’ll start pressure that only really works if the opponent stops blocking after the first couple of hits. This can be defeated by simply taking a breather and just blocking. Afterwards the opponent will be highly vulnerable to a good punish combo. Silver players have a rough idea of their character’s range but it’s not refined. If you brush up on where your character’s moves are effective, especially long-range pokes, you can go to town if the other player is in the corner.

Another tip: start paying attention to resources. If the opponent has a bar of meter and you are approaching on wake up, do they have any options that allow them to wake up with an invincible move?

Begin to factor that into your risk/reward decision-making. One resource management tip in particular that has found me great success is seeing if V-Trigger is activated or not in situations where you can kill off of chip damage. It may sound like a situation that doesn’t come up a ton but in these ranks both players are making lots of mistakes and getting lots of non-optimal punishes. This leads to rounds that come down to very small life leads with lots of meter built up. If you initiate a blockstring and cancel into super your opponent’s only option really is to V-Reversal. If they are in V-Trigger however, they can’t, and you’ve locked down the win.

Gold can be tough. It felt to me like the biggest increase in player skill between ranks. An Ultra Gold player will beat an Ultra Silver player nine times out of ten, but I’m not certain the same could be said for an Ultra Silver vs an Ultra Bronze. What helped me get through Gold was having a well-thought-out offensive game plan. While Capcom has added in defensive options like V-Shift, Street Fighter V is an offense-oriented game. Keeping the pressure up is critical to succeeding in this rank, that doesn’t mean overextending though. Knowing when you are safe to pressure and when you are not is pivotal.

Particularly for me, I had to work on my wake up pressure. Far too often I would get a knockdown and dash in to be ready when my opponent wakes up only to find that the dash left me vulnerable to attack.

The biggest hurdle I encountered in my entire time of playing manifested itself in Gold but it is relevant to all ranks and all games. That problem was tilting. Historically I’m not a player that gets too angry or upset at losses. If someone beat me in Dragon Ball FighterZ, I would rematch them until one of us had to leave, points be damned. There were things to learn there! But in making this video I have found myself tilting for the first time. I would go on these huge loss streaks, going from Ultra Gold to almost slipping back into Silver. Was I no longer an Ultra Gold player? Did I lose that knowledge and skill? Of course not, but I got into my own head and made it very difficult to focus or play right. 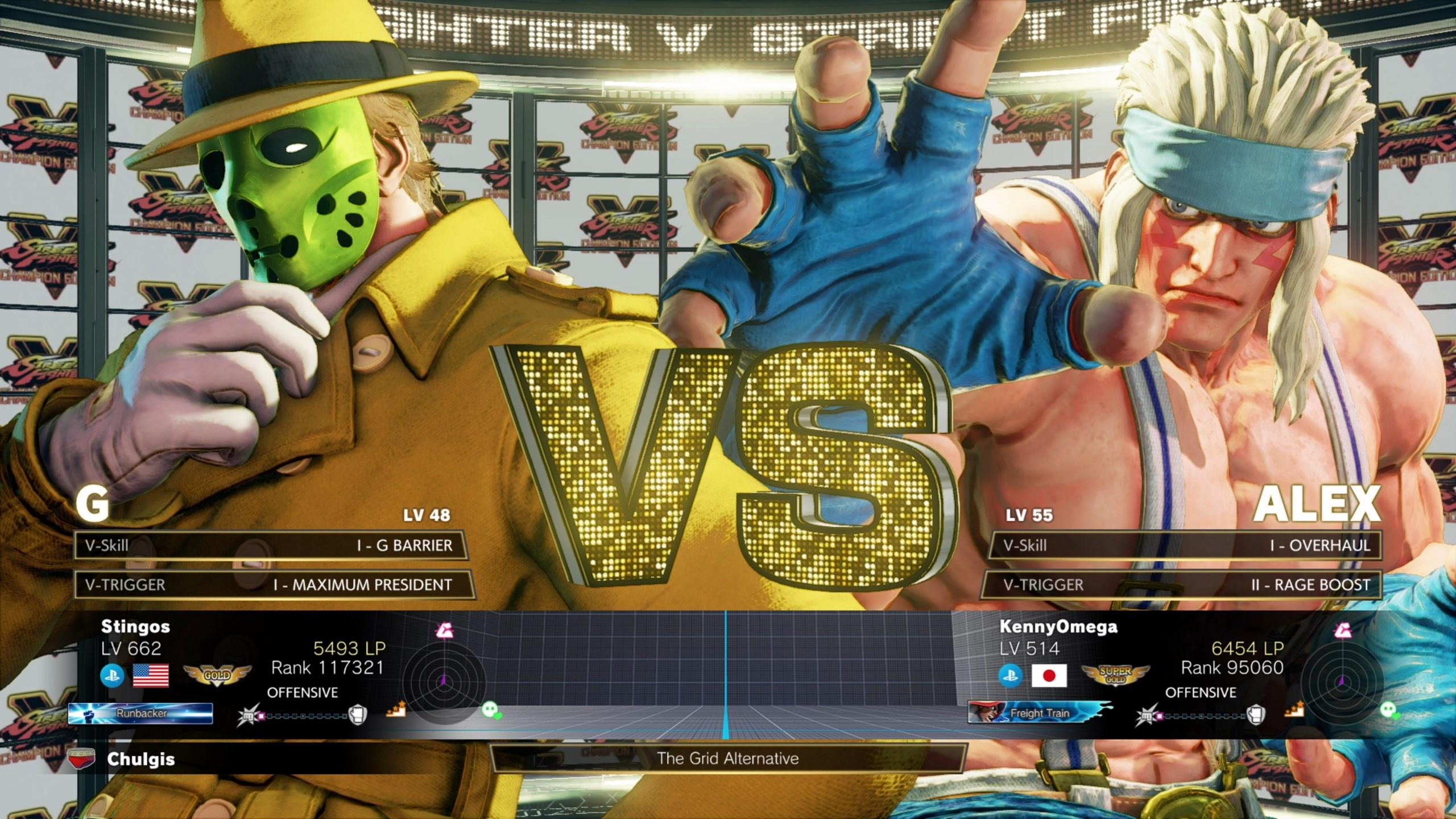 My lowest moment was in this slump. I had a huge loss streak, just absolutely draining my points, and who do I run into? AEW professional wrestler Kenny Omega. I had joked with friends about running into him in ranked because I knew he was in the same bracket as me but now it was happening!

What should have been a fun and cool experience was actually miserable. I was mentally a wreck. He destroyed me in this set. Afterwards I decided to take a break and assess what my issue was. Why am I getting so mad all of a sudden?

The answer: my goals were setting me up for failure. I had made my goal when I played to rank up. In doing so I put so much extra emphasis on the points, not what I learned in games, not making sure the stuff I practiced was being executed in the match, just the points. After realizing this I adjusted my goals. I set out to learn better wake up pressure. As I had mentioned previously, it was a weak point for me. This allowed me to grade my online matches on a scale. Sure, I lost, but I did a great job applying what I learned in training mode. This helped immensely, I found myself enjoying my time with the game again and not getting so upset at the losses. I quickly started winning again too. In part because of what I was learning in training mode but I do truly believe the bulk of it was because of the improved mental outlook. Soon I started amassing win streaks and draining other people of their points.

Then it happened: the rematch. I had once again encountered Kenny Omega. But I’m in a much better mood, certainly a better player overall… And he still won. 2-1 was the final match count.

I wasn’t upset this time, though. I was disappointed, of course — but I wasn’t angry. I had played this set so much better than the last. I won a game this time! The improvements were tangible.

That’s my biggest piece of advice to anyone playing any competitive game, really. If you find yourself getting angry at the losses, get frustrated with ranked mode. Take a step back and set actionable learning goals. Rate your matches based on how well you accomplish those goals in-game. And remember most of all, your skill determines your rank, not the other way around. Your value as a player is not determined by the symbol next to your name. This helped me greatly, I hope it can help you too.